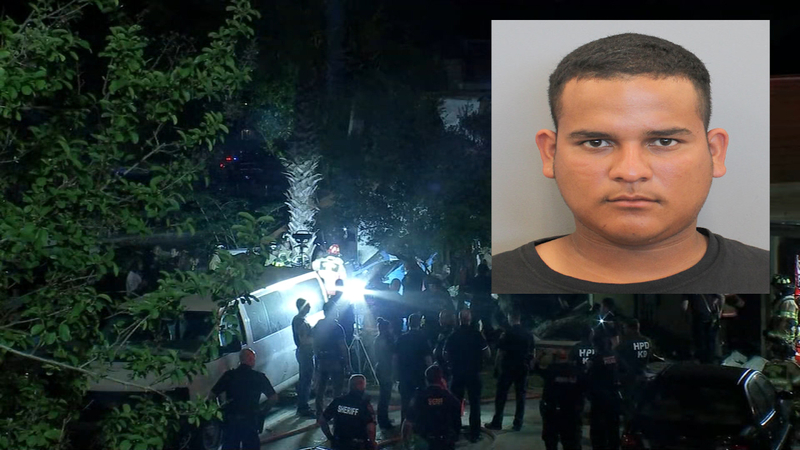 HOUSTON, Texas (KTRK) -- While federal investigators are looking into Saturday's fatal crash of a Houston Police Department helicopter, local authorities are working the incident as a homicide investigation.

"Although we don't have any indication at this point, we want to start with a wide net in terms of our investigation and continue to narrow our focus," Houston Police Chief Art Acevedo said.

Video captured by multiple people on the ground prior to the crash shows the helicopter hovering before it begins to spin out of control and rapidly lose altitude just before 2 a.m.

The crew was responding to a call about bodies floating in a nearby bayou. No bodies were found and it wasn't clear if the call was legitimate.

As firefighters and officers worked to free the men from the wreckage, shots rang out across the street from the crash. Six people were taken into custody in what was believed to be an unrelated incident, Acevedo said.

Despite the questions and the possible coincidences, shooting at aircraft isn't unheard of.

"It is not commonly known that law enforcement aviation comes under fire on a regular basis across our country," Acevedo said.

It could be weeks or months before a possible cause of the crash is determined.