Houstonians, Texans look for meaningful ways to help Ukraine: 'We need to do something' 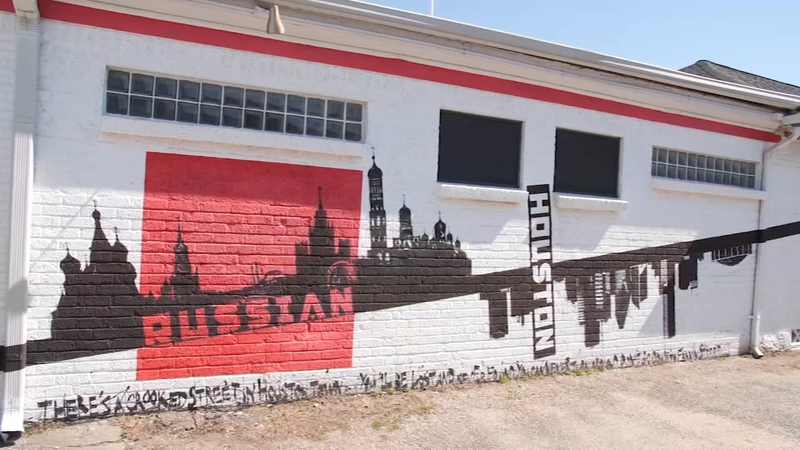 HOUSTON, Texas (KTRK) -- The Russian Cultural Center, whose mission is to spread the culture of Russia and former Soviet Republics, has been in Houston since 2006.

Its founder, Sophia Grinblat, hails from Ukraine and is devastated by Russia's invasion of her home country.

"In my way, worst nightmare. I never thought Ukraine and Russia would be fighting," Grinblat said.

Her center, which has no ties to Russia and is funded by local arts organizations, sells art, hosts events, and teaches classes to Houstonians of all ages.

Grinblat said that getting money and supplies to her home country is the best way for Houstonians to make an immediate impact.

You can contact the Russian Cultural Center for more information, but they are hosting a public art auction on March 13. All the proceeds from the auction will go to causes in Ukraine.

So what can be done?

Christopher Clarke, Ph.D., who is an economics professor at the University of Houston, said campaigns like those urging people to stop buying Russian-made vodka can actually make a difference - just not with the scale or immediacy this situation requires.

"As an economist, I wouldn't dismiss symbolic gestures that quickly," explained Clarke.

Clarke said a vodka boycott won't have a large, immediate economic impact on Russia, but it could make a difference in the country's tourism and business ventures in years to come. He said there is a way for Texans to immediately hit Russians where it hurts.

A vodka boycott won't have a large, immediate economic impact on Russia, but it could make a difference in the country's tourism and business ventures in years to come, according t

"Eighty-eight percent of the imports from Russia into the Houston area are oil," Clarke said. "There's been no real talk of eliminating oil, but if we wanted to make a sanction with teeth, that's what we would have to do."

"It cannot be business as usual in times like this," said Tarasiul. "We do a lot of trade with Russia."

The latest numbers from the Greater Houston Partnership show Russia and Houston have averaged over $5 billion a year in a trade from 2011 to 2020. We reached out to the Port of Houston Authority, as well as Gov. Greg Abbott's office, to see if any plans were in the works to limit Russian imports into the area, but have not received a reply.

Clarke said a move like banning Russian imports into Texas could play a role in ultimately impacting their economy.

"If the Port of Houston said, 'We aren't going to import goods and services from Russia,' that would make a difference," said Clarke. "Especially, if it was done in conjunction with other ports around the country."