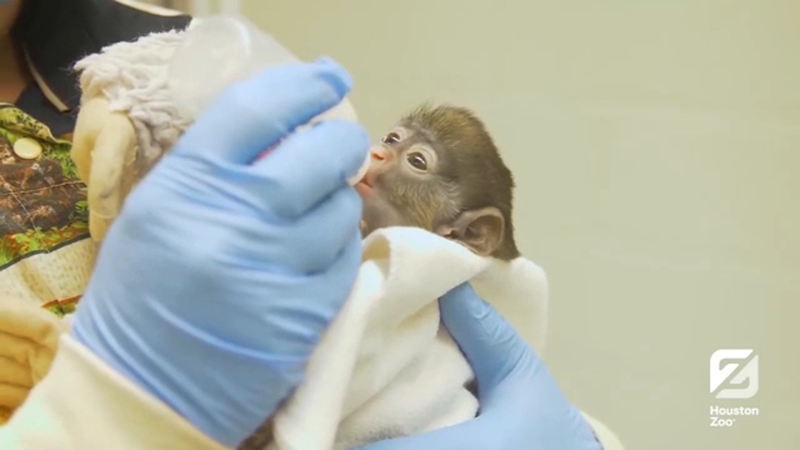 HOUSTON, Texas (KTRK) -- A Schmidt's red-tailed monkey is being hand-raised by keepers and veterinary staff members at the Houston Zoo after the infant could no longer hold on to his mother.

Peter was born April 10 to mother Njeri. He is named after Peter Rabbit in honor of Easter weekend.

When Peter was born, keepers found him in his mother's arms, however, later that day he looked weak and fell from his mother and onto the hay covered floor.

The zoo team suspects that Njeri may have low milk production, so they evaluated them.

Peter was dehydrated and had low blood sugar. He was given supportive treatments, including subcutaneous fluids and sugar before putting him back with his mother.

Unfortunately, he quickly developed weakness again and needed to be separated once again.

Peter was moved to the zoo's veterinary clinic, where animal care specialists bottle fed him with his mother, Njeri, nearby.

It is unknown how he was injured.

Caregivers said they have hope that the fracture will heal.