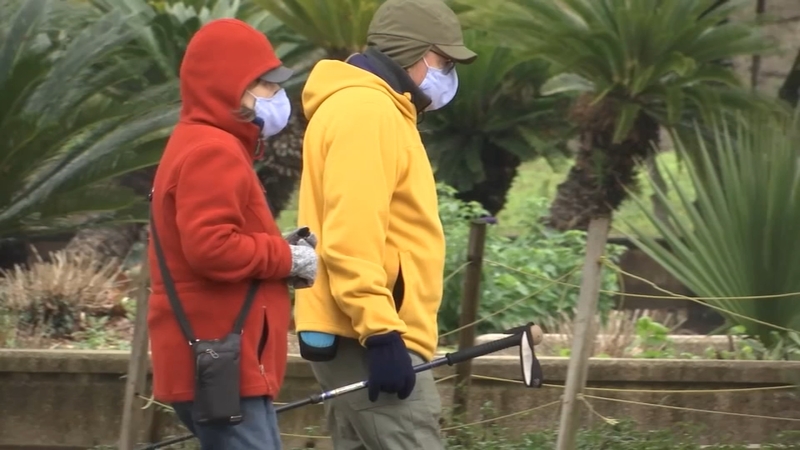 County issues dire warning: 'You have 48 hours to get ready'

HOUSTON, Texas (KTRK) -- County and city officials are warning people about the importance of preparing for frigid temperatures and an extended hard freeze that could last for up to three days.

Gov. Greg Abbott declared a state of emergency in all 254 Texas counties ahead of the severe weather on Sunday that is expected to bring temperatures in the teens, ice, sleet and possibly snow to most of the Houston area.

Icy roads are a big concern. TxDOT started pre-treating roadways with a salt mix on Friday.

Did you know the all-time coldest for any month in Houston was 5 degrees on January 18th, 1930? ABC13 Travis Herzog takes us back in time to relive some BRRutal freezing cold weather.

On Saturday, the city of Houston will dispatch 100 dump trucks to also prepare, but Mayor Sylvester Turner is asking people to simply stay home starting Sunday.

American Red Cross volunteers began loading up and delivering supplies, such as cots and blankets to the GRB on Friday.

Lindner said the storm and its aftermath, with potentially dangerous road conditions, power outages, and damage, will be one Texans have not seen in more than three decades.

Harris County Meteorologist Jeff Lindner, who helps guide southeast Texas during severe weather events, said the storm and its aftermath will be one Texans have not seen in more than three decades, and if he is wrong, he is OK with it.

If he is wrong, he said he's OK with it.