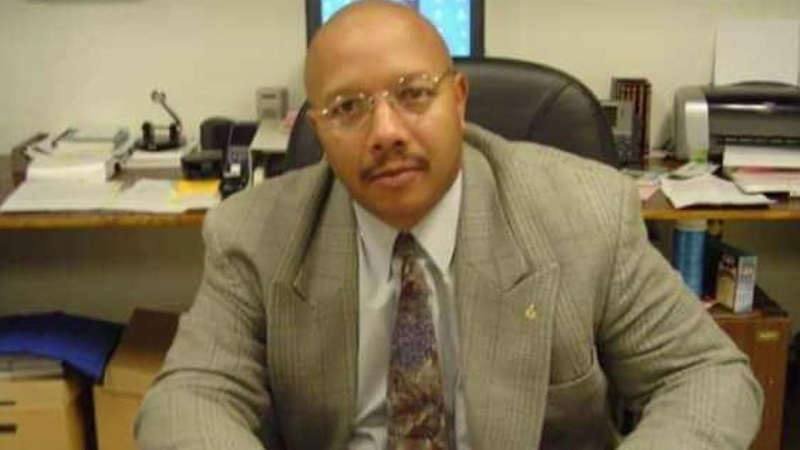 HOUSTON (KTRK) -- A city of Houston employee is accused of killing his boss at work.

It happened at a waste management facility in southeast Houston on Central near Lawndale. Police say they received a call about gun shots fired in the building around 9:30am Monday. When officers arrived they saw 43-year-old Tyrone Roy Auzenne leaving the building with a gun.

A person is in police custody after a person died at a City of Houston waste management facility Monday morning.

"The suspect apparently had, had some sort of disagreement earlier in the morning with his boss. This disagreement apparently escalated when the suspect walked into the victim's office," said John Cannon, spokesperson for Houston Police Department.

"He did what he had to do to take care of his family," said Vaughn's cousin, Griffin Jackson. "He came to work everyday. He was respectful of others and that's the type of person he was."

Jackson says that Vaughns was seeking help to make something special, highlighting all of his employees.

"I just spoke with him last week. He wanted to put together some kind of program for his employees," Jackson said. "This is unreal because he was just talking about how he wanted to make a video about them."

There are no other suspects at this time and no one else inside the facility was hurt.

Court documents allege Auzenne had a gun in his duffle bag, which he allegedly used to shoot his boss. Authorities also allege it was Auzenne who called 911 shortly after the shooting, according to court records.

"At any given time, there could be as many as 100 employees inside who are assigned to work here," said John Cannon with the Houston Police Department. "At the time of the shooting, we're told there were less than 10, most likely 4 or 5 employees who were inside at the time."

Houston Mayor Annise Parker released the following statement, which reads, "My heart is aching over the news of this morning's shooting at a City Department of Solid Waste facility. It's another senseless incident of workplace violence that has left a family without a loved one, torn apart the shooter's family and had an indelible impact on the workers who were there to witness it. The City intends to provide counseling opportunities for those workers. In the meantime, I send condolences to the victim's family and urge everyone to keep them in your thoughts and prayers."

Jackson has a message for the man suspected of killing his cousin.

"We hope that whoever killed him is a praying man too. I hope that prayer helps him wherever he goes and hopefully that's to jail for the rest of his life," said Jackson.