Traffic nightmare continues on I-10 bridge over San Jacinto River 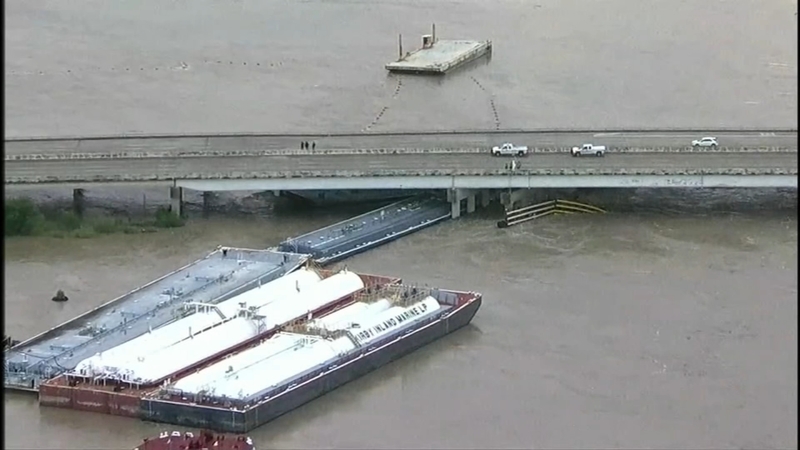 Barge collision at I-10 causes hours of traffic delays

The path isn't clear just yet as I-10 at the San Jacinto River remains closed after the bridge was struck by barges on Friday.

According to TxDOT, the barges have been dislodged following the collision, allowing crews to fully inspect the damage underneath.

Nine barges in all broke free from their moorings just after midnight Friday. Four of them are owned by the Canal Barge Company.

Nearby residents, like those who live in West Meadows, are frustrated too. Once again, they say they are directly impacted by detours due to a bridge issue.

"Now, we're mainly concerned with all the traffic backed up. With all the roads shut, how are they going to get out here to service us between law enforcement, EMS, fire," said resident David Schaffer.

While there is no timeline on when that stretch of the road will reopen, TxDOT is urging drivers to take the following detours:


The barges have been dislodged from the San Jacinto Bridge. We are resuming full inspection of the damage and preparing traffic restoration plans. For now, eastbound traffic can detour by taking Beltway 8 to US 90 or SH 225, westbound traffic can take SH 330 to SH 146 to SH 225. pic.twitter.com/rW81KP59OJ

Two mainlanes are back open on the East Freeway at the San Jacinto River, and the configuration will remain in place for now.