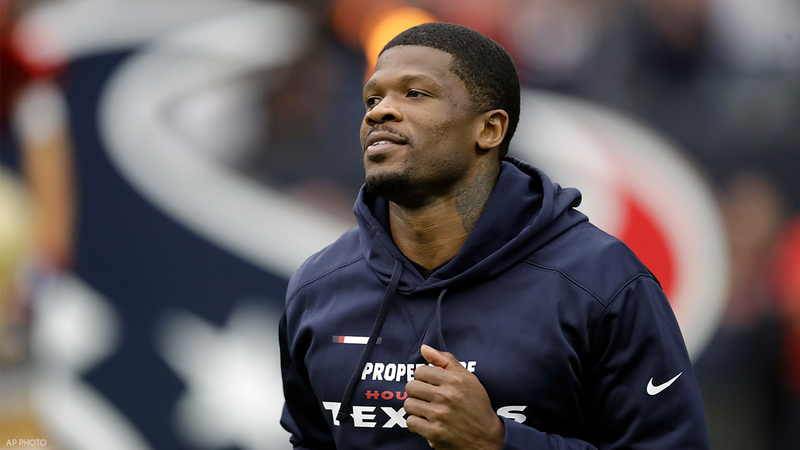 HOUSTON, Texas (KTRK) -- Former Houston Texans wide receiver Andre Johnson is considered one of the greatest players in the history of the franchise, and he says the team may soon need to make some adjustments to get ahead this season.

In a one-on-one interview with ABC13 sports director Greg Bailey, Johnson weighs in on the team's future this season after two players announced their suspensions for violating the NFL's policy on performance-enhancing drugs.

Star wide receiver Will Fuller announced the suspension on Instagram on Monday, saying that it was from a medication he was prescribed that he believed to be permitted, but that was banned under the league's policy.

Later that evening, cornerback Bradley Roby apologized to his family and teammates in a tweet, saying that a "few months ago, I unknowingly used a product that was contaminated with a banned substance by the NFL. I recognize that it is my job to know, and be responsible for, everything I put in my body."

Both suspensions include the final five games of this season and the first week of the 2021 season.

"It'll be interesting to see how [the Texans] adjust," said Johnson.

Last year, Johnson was hired by the Texans as a special adviser. Johnson's job was to advise then-head coach Bill O'Brien and former GM Brian Gaine.

When asked what qualities the next Texans head coach should have, Johnson said it all starts with a solid foundation and trust.

"A guy that's a great leader," explained Johnson. "A guy who's going to win the trust of the players. A guy who the players are going to buy into, you know, whatever scheme it is that needs to run. Just a leader, not a coach that just talks. A coach that really means what he says."

Watch the full interview with Johnson in the video above.