After improbable path to UH, Jake Herslow hopes for NFL shot: 'Took a chance on myself' 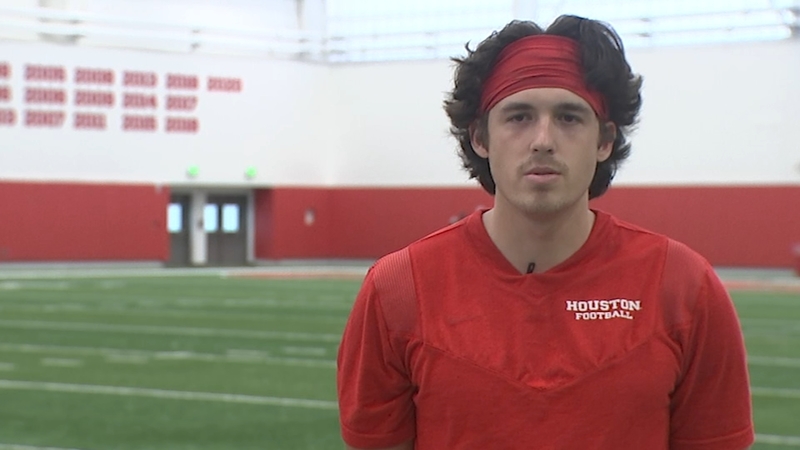 HOUSTON, Texas (KTRK) -- With the NFL draft four weeks away, several professional scouts will be on the University of Houston campus Friday to watch pro prospects work out.

Coogs receiver Jake Herslow is one of 13 UH players scheduled to work out - even though he's been told he doesn't have the size or the speed or the skills. But, Herslow does have the confidence, and says all he needs is a chance.

"I understand I'm probably not one of the most sought-after guys in the NFL draft, but I'm used to that," Herslow explained during an interview with ABC13.

Herslow's used to that because it's been his football story nearly his entire life.

"It's all I've really known," Herslow explained. "My Mom was giving me handoffs when I was 5 years old."

The next step on his football journey is the NFL. Even though Herslow will work out for pro scouts during UH's Pro Day, so-called draft experts say the league is a longshot for the undersized, overlooked receiver. But, so was ranking second on Coogs' team in touchdown catches last season as a graduate transfer from Old Dominion University in Virginia, who came to town without a scholarship.

"I packed my car up and drove 23 hours," said Herslow, who played for Old Dominion three seasons prior to joining UH prior to the 2021 season. "Not knowing anyone in Houston, I took a chance on myself, bet on myself."

Even though the odds are stacked against him again, Herslow said he has no doubt his hard work and willingness to play anywhere on the field will help him catch on with an NFL team.

"When I get a chance to put my foot in the door of an NFL minicamp, or any situation like that, it's going to be hard to get me out of there," he said. "Because I know what type of player I am. I didn't get this far just to get this far."