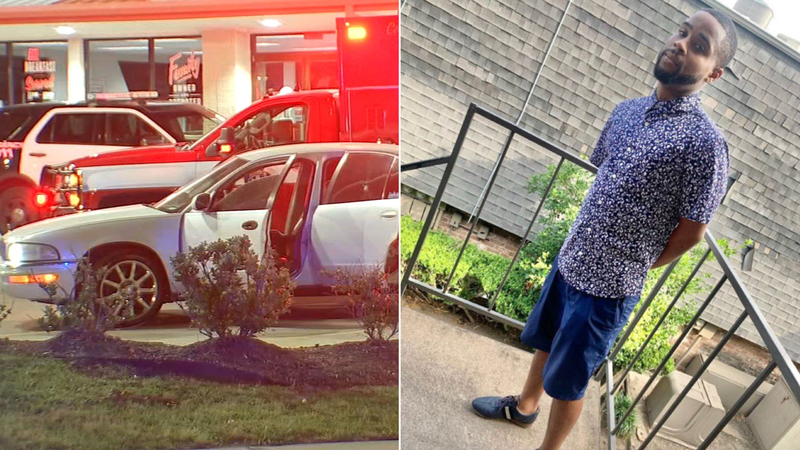 HOUSTON, Texas (KTRK) -- Police are searching for surveillance video and witnesses after a shooting left two dead and three others in the hospital in north Houston.

Houston police say it happened along East Whitney, where houses are tucked behind Kerr Park, not far from I-45.

When officers arrived, they found two men dead and a third man, who was also shot, still holding on. He was rushed to the hospital.

Shooting: 4545 North Fwy.
Officers are at the scene of a shooting regarding 4 complainants. An investigation is underway.#hounews CC50

Video shows a Buick with bullet holes in the windows at the scene.

The two others shot, a man and woman in a white Mercedes, were able to drive to Whataburger about a half mile away to get help.

"We do have some shell casings out here on the scene at east Whitney... Their ages are unknown at this time. I mean, this scene just occurred," Lt. Christopher Bruce said. "We have officers going down there right now to speak with the victims to try to collect that information to see what the ages are."

Mass shooting in NW Hou (yes, another one): 5ppl shot and 2 dead.

2 of the survivors drove this Buick—peppered w bullet holes—to a nearby @Whataburger to get help. HPD crime scene taking pics, processing evidence.

One of the men who died was identified as 27-year-old Robert Palmer, the victim's sister Robyn Palmer told ABC13.

An upset Robyn spoke to us at the Whataburger, remembering her brother, who was also a father to a 9-year-old son, as a good person. Robyn said police told her Robert was in the driver's seat of the Buick when the person in the backseat shot him.

What's not clear to her or police, as of late Monday morning, is why the shooting happened.

This is Robert Palmer, 27. He was shot and killed this morning on E. Whitney in NW Hou—according to his sister.

Four other people were also shot. Another man died. The three others are in the hospital. No one has been arrested. #abc13 https://t.co/V2BaJ8vkNS pic.twitter.com/6XqeTLMEM7

According to Robyn, the whole shooting took place outside of the house that her brother had just moved into with friends. Robert was also starting a new job.

As for the shooter or shooters, no arrests have been made. Police have not released any suspect descriptions. However, Robyn believes Robert's killer was a friend of his.

Police are looking for surveillance video in the area.

The Gun Violence Archive defines a mass shooting as a shooting with a minimum of four victims shot, either injured or killed, not including any shooter who may also have been killed or injured in the incident.