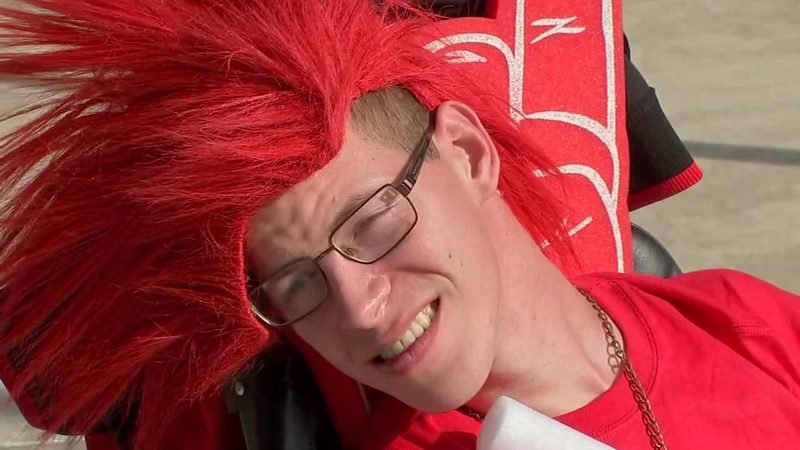 HOUSTON, Texas (KTRK) -- Gary J. Lynn is a Rockets super fan. He hasn't missed a Rockets home game for the past five years.

"He's been with the Rockets since he was three," said Andrea Lynn, Gary's mother.

He shows his spirit from head to toe. In fact, he's such a staple at the games that he even has his own fans who recognize him.

"I feel we're going all the way this year. We're going to win the championship," said Gary J. Lynn.

Gary's mom said the Rockets selected Gary as a super fan this season. Gary is using his popularity to help others.

Gary has cerebral palsy and he has raised $50,000 to others in need. His mother says he gave $35,000 to TIRR Memorial Hermann, who has treated Gary.

He wants to help more people and give others with disabilities a voice. He plans on going into political science.

"He keeps me going. He had some health issues and he wants to go back and finish college," said Andrea.

He's not just a Rockets fan, but a fan of all sports. He's also a huge Astros fan.

He goes to all of their games and has met a lot of the players. In fact, his room at home is full of sports memorabilia.

It's his love for life, his city, and his dreams of making it better that make this super fan, a fan of so many.