Slain HPD sergeant's vest may have been penetrated: chief 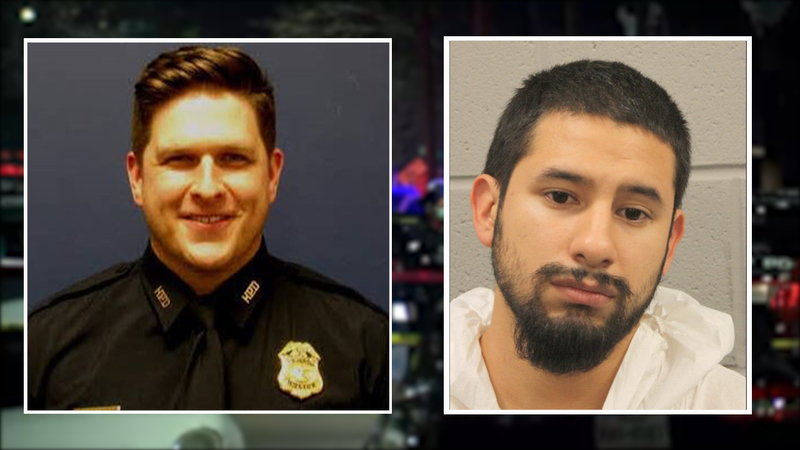 This is the message that was sent to all HPD officers tonight by Chief Art Acevedo. Commenting further would not be appropriate at this time. pic.twitter.com/QRQ2Dh49Vf

The chief would not name the vest's manufacturer, but as a precaution, he and the union are urging patrol officers to also wear heavy rifle vest. The heavier vests are worn outside the uniform, as opposed to the standard issue vest that's worn underneath. Every HPD officer has one, but they're usually only worn regularly by SWAT officers or other high-risk units.

"We have tested a vest from the same lot as Sgt. Brewster's at the (shooting) range," said Acevedo. "That vest appears to have met and withstood the testing."

But, the investigation is far from over. In describing Brewster's murder, Acevedo choked up and held back tears.

District Attorney Kim Ogg said a decision has not yet been made about whether to seek the death penalty.

"We filed capital murder so he's facing up to the death penalty right now, but the determination about whether we seek it will be based after we get all the evidence in," said Ogg.

On Monday, a judge ordered Solis held without bond. After HPD's tweet went out, Joe Gamaldi, president of the Houston Police Officers' Union, expressed concern over the potential of failure in equipment.

"We're extremely concerned. I think what's important right now is we get to the bottom of this very, very quickly," said Joe Gamaldi, president of the Houston Police Officer's Union. "We need to know if this was armored-piercing rounds being used by the suspect or if this was a failure of the vest, we need to know immediately. If this was just a problem with this vest or if this is a larger problem amongst several vests our officers might have on right now."