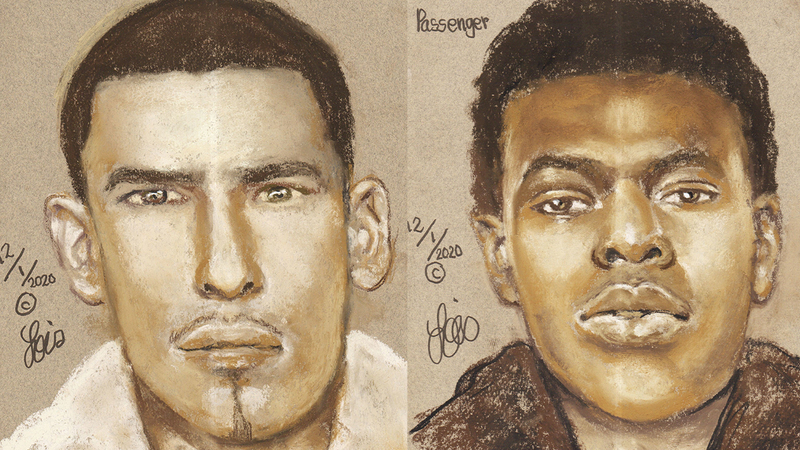 HOUSTON, Texas (KTRK) -- Police need your help finding two suspects wanted in connection with a deadly shootout on the 610 North Loop the stemmed from an apparent road rage incident, according to investigators.

In an update issued on Friday, police released a pair of composite sketches of the suspects.

Authorities believe it may have started on I-45 and eventually ended up on 610 where one of the suspects fired shots at 21-year-old Isaac Mendoza. Mendoza was driving a Dodge Charger when he was shot. He was sent to the hospital, but died due to his injuries.

"According to a witness, who was sitting in the passenger seat, an unknown suspect in a neighboring vehicle fired shots at them, striking Mendoza," said an investigator in the update.

Police say they did find a weapon in Mendoza's car.
The witness shot back as the suspects drove away, but police are unsure if anyone in the suspects' vehicle was hit. They fled the scene in a burgundy Chrysler 300.

A confrontation on the road quickly turned to road rage when a suspect started firing his gun at a couple. What the husband said happened.

In the midst of one road rage shooting stringing on to another in the Houston area, one victim's family member says they are too scared to even keep living in town.

"There was a 5-year-old also in a car innocently that could have been killed. It's a terrible, terrible situation. A lot of it comes down to just having no patience and not being willing to just let things go."