HPD sergeant in need of new kidney matches with fellow officer: 'It's incredible' 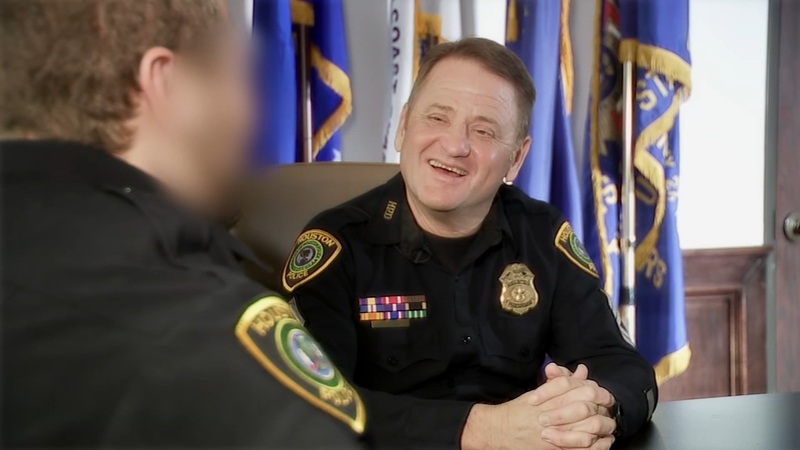 HOUSTON, Texas (KTRK) -- A Houston police sergeant received the biggest gift he could ever ask for - a new kidney.

In October of 2020, ABC13's Mayra Moreno interviewed Houston Police Department Sgt. Wade McCoy and his family. His son was in tears thinking of what would happen to his father if he did not get the kidney he desperately needed.

His emotional interview struck a chord for many. Thanks to ABC13 viewers, hundreds of people signed up to see if they were a possible kidney match, but who would have thought the perfect match would be a comrade in blue.

"My mom claims he's an angel and angel sent from heaven," said McCoy.

The angel McCoy refers to is Sgt. Mustain, who saw ABC's report last year and, as a father himself, said he needed to get on the list.

"I was a donor already but I never considered a living donation," Mustain said, who chose not to disclose his first name.

Mustain signed up in 2020 to be a donor for McCoy, but it wouldn't be until late 2021 that these officers found out they're a perfect match.

"It's hard to comprehend that something like that happened," said McCoy "I tell the story to people and they are amazed by the story. It's incredible."

The miracle has brought these two officers closer together.

"We've gotten to know each other and it has been a great experience to know them," said Mustain.

McCoy has been left speechless. For the first time since his diagnosis in 2017, McCoy's quality of life has improved. He's getting much-needed sleep and even enjoying quality time with his family.

"You hear of a police department being a family and looking after each other. When you are healthy and good, you don't think about that," he said. "But when you're needing help, you are down and people come through for you. The police has been amazing and helpful."

It's a true Christmas miracle for the McCoys this holiday and it will be the best they've had in a few years.