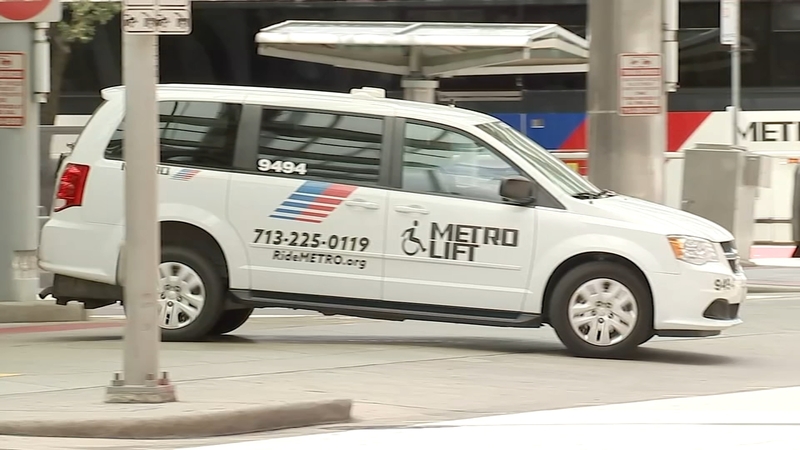 HOUSTON, Texas (KTRK) -- A METROLift Houston contract driver is under investigation for allegedly harassing a senior citizen and her adult daughter.

Sammie Ford regularly rides METROLift to her doctor's appointments, and she often brings her daughter Adriana to help out. In late March, one such ride seemed perfectly normal.

"He was just a regular driver, he took us where we needed to go, and that was it," said Adriana.

The same driver showed up two weeks later when they called for a METROLift again. This time, he started acting unusual, according to the Fords.

"After he had picked us up and we started off down the road, he locked all the doors. And he started asking me where you all from," said Ford.

The Ford women say the driver continued to make them feel uncomfortable, and after the ride, the phone calls started.

"The phone calls that kept coming that morning, he kept asking, well we need to know who your attended is for our records, and he kept calling," said Adriana.

The woman says the driver returned to their house a second time, ringing the doorbell, but they were not home. The visit was captured on the Ring doorbell camera. The mother and daughter filed a complaint with Metro police.

"(We are) actively investigating a harassment complaint against a contractor's employee that occurred on April 3, 2022," said METRO Houston on Friday and added they are in contact with the District Attorney's Office.

The Ford women say they want to press harassment charges, but so far, Metro Police say the investigation is not over yet. So while they're continuing to use METROLift, they are leery.

"It makes me upset, I love my daughter, and I don't want her to be harmed," said Ford. "So, it's alarming."