Surprise! Houston man Turns to Ted after getting $102,000 surgery bill 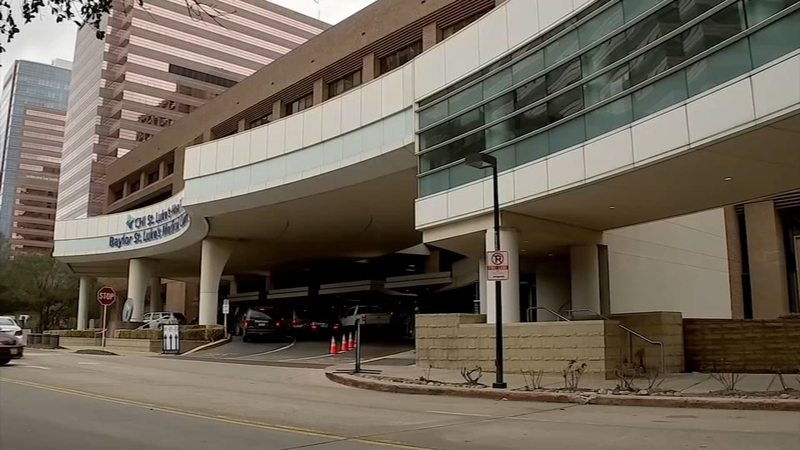 HOUSTON, Texas (KTRK) -- A local man was shocked when he received a $102,000 bill for a surgical procedure he said he was told would be covered by his insurance.

J, whose name we're not using since he works undercover in law enforcement, said he spent months scheduling the surgery with CHI St. Luke's. He said he gave them his name, insurance information and information about the type of surgery he was having so they could pre-authorize the operation with his insurance company.

"Once verifying and paying my co-pay, I asked the young lady if everything was okay, and she said, 'Yes, you have the pre-authorization,' and I was good with it," he told ABC13's Ted Oberg. "I was happy about it. Everything was moving forward."

J paid a $550 co-pay and thought the procedure went well. That is, until he received a bill saying his insurance didn't cover it and that he owed $102,328.

"My heart is what fluttered. $102,000 is a lot of money, so I actually took the time to read over the bill again, make sure it wasn't a typo, and for the next few weeks went through stress mode," J said. "It's not good on the heart."

J said he called his insurance company and the hospital to figure out what happened and why. But, while he was still trying to get it resolved, he started receiving collection notices for the bill.

When he couldn't get a clear answer on why he owed money, despite the pre-authorization, he Turned to Ted.

"You guys seem to make things move faster," J told Oberg. "I appreciate the effort that y'all put into everything you do."

We reached out to the hospital, who started looking into his bill. Within weeks, J received a call from the hospital saying his bill was resolved.

In a statement to ABC13, St. Luke's Health said it reviewed and improved its pre-authorization process.

"Our highest priority is the safety and quality of care for our patients. As such, we appreciate you bringing this patient issue to our attention. After careful review and consideration, St. Luke's Health determined that part of the pre-service process did not work as designed. St. Luke's Health has decided to write off the balance given the special circumstances. We have communicated the outcome of the review process to the patient directly and are taking steps to improve our internal processes to prevent this from happening again in the future," St. Luke's said in a statement.

J's advice for others is to make sure you know your financial obligation prior to surgery and keep a letter or phone call records showing proof of pre-authorization.

"I stayed on the fact that it was verified prior to having surgery and looked for channels to resolve this matter and reach out to people that I know could get things going," J said. "You never give up. If you know you're in the right, you keep going."

Have a tip for Ted Oberg? A problem to solve? Get in touch with us on our tip page, or send a tip below. (On mobile? You can open our form by tapping here.)
Related topics:
health & fitnesshoustonhealthmedicalinsuranceturn to tedsurgeryhealth insurance
Copyright © 2022 KTRK-TV. All Rights Reserved.
TURN TO TED
No mailbox fix from USPS until neighborhood Turns to Ted
Turn to Ted helps man get his $6,000 on motorcycle sale
Houston woman Turns to Ted after new shirts were damaged
Veteran Turns to Ted after HOA won't approve disability accommodation
TOP STORIES
Deputy constable shot and killed in southwest Houston
Inside Texas hospital battling omicron: 'We're about to catch on fire'
Little York firefighters work to put out fire at N. Houston apartment
COVID-19 patient at center of ventilator fight dies in Texas
3-year-old drowns in pool in NW Harris County, sheriff says
Woman found in a ditch after a hit-and-run
Grab the umbrella! Widespread showers move in Monday
Show More
Man uses 2nd chance at life to open gym for young athletes
Houston car chase: Harris County deputies tase a man evading arrest on 249 in northwest Houston
Former Houston Oiler takes over Prairie View A&M football
Family demands justice after 23-year-old woman found dead after date
Tax filing season starts Monday. What to expect for 2022
More TOP STORIES News