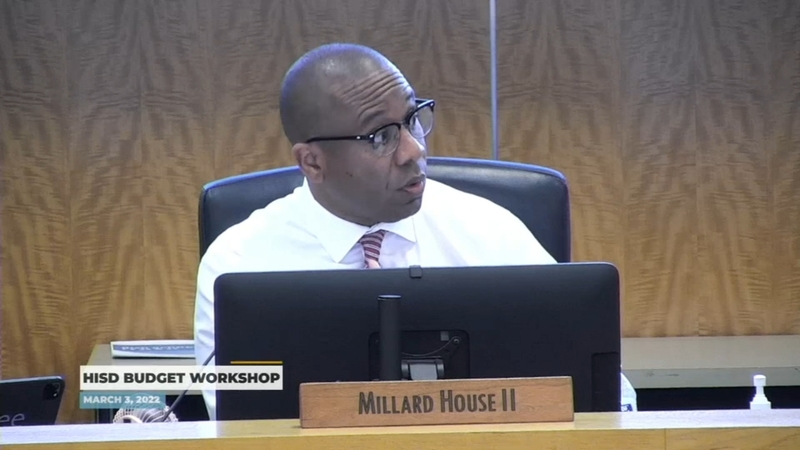 HISD implements hiring and spending freeze due to budget shortfall

HOUSTON, Texas (KTRK) -- Houston ISD is facing a multi-million dollar budget hole and announced a spending freeze across the district to make up for it.

The district has been operating in a deficit of millions, as much as $70 million, this school year.

The spending changes were announced Thursday by Superintendent Millard House II. The freeze officially went into effect on Thursday as well.

The first change is a hiring freeze that will affect employees at the district's central office. This means that HISD administrative jobs won't be filled, and those budgets will be cut immediately.

Next, the district announced that it would be freezing most spending happening at all the campuses across the district. About 75% of their budgets will be impacted.

As for the remaining 25%, that money will go toward COVID-19 expenses and special education, which will not be impacted by the budget cuts.

HISD said the changes will be in effect for the remainder of their fiscal year, which ends in three months.

This means the budget cuts will last through the end of the school year and affect thousands of students and teachers.

House says he wants to be able to improve the district's financial situation so that teachers can get paid more, and the money can be used more effectively.

At HISD campuses, teachers will still get paid, but discretionary spending will be much harder to do. Moving forward, schools will have to prioritize things they feel need funding in order to get approval.

"The process also includes an opportunity for school-based administration to present to the school's office any needs that they feel like," House said. "If those needs cut the mustard, in terms of supporting children and ensuring that student learning is supported as well, those needs will be approved."

According to House, the district hopes to save $100 million over the next three months.

House admitted that "bigger cuts" need to be made in the future, and didn't rule out looking at school closures.

The move means masks are now optional, but anyone who wants to wear one when inside an HISD building still can.