3 dead in 5 overnight shootings across Houston 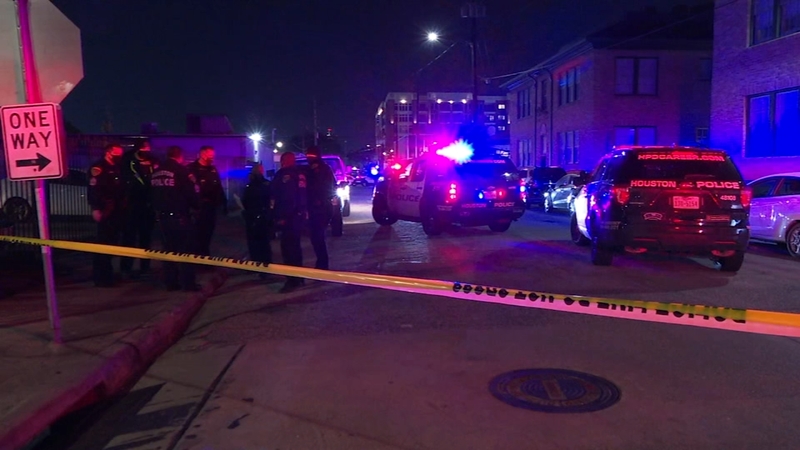 3 dead in 5 separate shootings across Houston

HOUSTON, Texas (KTRK) -- Another night of violence across the city ended with three people dead in separate incidents, including a 16-year-old on the south side.

The teen was among four people who were shot outside a nightclub on MLK near Browncroft around 1:30 a.m. Saturday. The violence began when a fight broke out, according to police. During the fight, someone began firing a pistol into the air before the four were struck. Investigators said they believe there were multiple shooters during the incident.

In an unrelated incident in Midtown, a man was shot to death as he was leaving a nightclub and was walking to catch an Uber rideshare. It happened at the corner of Fannin Street and McIlhenny around 3 a.m. Police said the shooter fired several times.

The shooting deaths outside nightclubs were the latest in a series of violent incidents that have prompted authorities to investigate criminal trends at some businesses. Last weekend, two nightclub-related shootings were fatal for at least two people and involved three Harris County deputies who were also shot. Investigations into the Club Set on Travis Street revealed the owner, Nathan Gerk, was falsifying alcohol license documents, according to the Harris County District Attorney's Office.

RELATED: Owner of Midtown club where 3 deputies were shot charged over alcohol license

Court documents state the woman who died in the shooting was the suspect's mother.

Not all of the violence so far this weekend took place near nightclubs. The night began with a separate shooting in northwest Houston where a man was shot around 10:30 p.m. Friday. That incident happened on Antoine near West Little York. As officers arrived, they found a man covered in blood who was attempting to damage vehicles in the area. The man ran into an apartment where he poured hot sauce on himself in a possible attempt to cover up the blood, according to Houston police. He was taken into custody. The victim, who was shot in the torso several times, was expected to survive.

In northeast Houston, a woman was shot several times while working as a prostitute, police said. It happened around 1 a.m. on Pardee Street near Hirsch. It started when the victim and a man began fighting over money when he shot her and dumped her out of a car, police said. She was able to walk to a house to get help and was expected to survive. The shooter was able to get away.

In the southwest part of the city, a man was shot to death during a disturbance at an apartment complex. It happened around 4:30 a.m. in the 6500 block of Hillcroft near High Star Drive. There was no word on what led to the shooting or if a suspect had been identified.