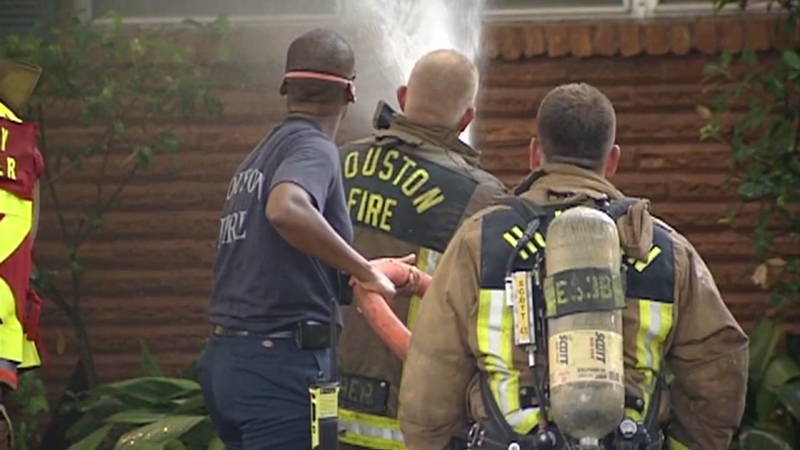 HOUSTON, Texas (KTRK) -- The next step in the Prop B dispute happened today between mayoral candidate and Houston attorney Tony Buzbee and the Houston Fire Fighters Association.

HPFFA president Patrick Lancton said the city won't even answer their calls, and Buzbee said the city has given 37 percent in raises to police compared to three percent for firefighters.

"Litigation instigates by this mayor is not leadership. We need to fix not fight," Lancton said.

Last week, Buzbee offered to settle the fight between the city and firefighters over the "pay parity," also known as the Prop B initiative.

The HPFFA accepted his offer to allow him to mediate with the city. City council recently approved $500,000 for an outside law firm to handle legal challenges.

The Houston Police Officer's Union filed suit Friday saying the measure was unconstitutional and takes away their negotiating rights. A judge granted a temporary restraining order that stops the implementation of the voter-approved charter amendment for 14 days. A hearing for a temporary injunction is set for later in December that would stop the implementation indefinitely until the legal matter is settled.

"Litigation is a waste of taxpayer dollars and if you think this dispute will only cost our city $500,000, I've got a bridge to sell you," Buzbee wrote in a statement. "It's time we equally value our police and fire first responders in Houston. I urge the mayor to make the most of this cost-free opportunity to mediate a solution that works for the city and for firefighter families."

The path forward is through the courts, Mayor Sylvester Turner said Nov. 28 in a city council session. There is a legal question about whether state law about collective bargaining trumps a local charter amendment, Turner said. The only way to settle that is in court, he added.

In response to Buzbee's claims, a spokesperson for Turner said the mayor has made his stance on the path forward clear through public statements.