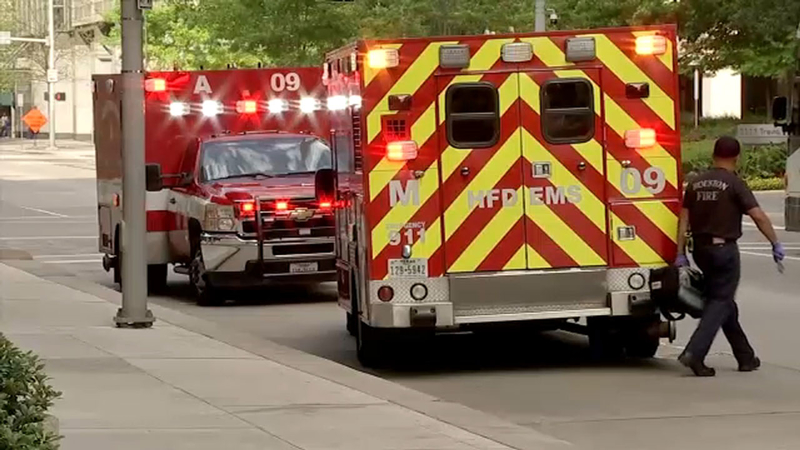 HOUSTON, Texas (KTRK) -- The Houston Fire Department was forced to park trucks again on Monday for the third time due to an ongoing staffing shortage.

In a news conference on Monday, HFD Chief Sam Pena emphasized, "No fire stations are closed." It's true, but according to the fire union, ladder trucks at stations 68 in southwest Houston and 45 in northeast Houston were parked all day. There just weren't enough firefighters on duty to staff them.

The department said they were nearly 100 firefighters short, even after pleading for workers to come in on overtime. The department worked to fill the shifts with forced overtime, keeping some firefighters over for a second and sometimes a third 24-hour shift in a row.

The department could not provide a number of how many firefighters were working into their 72nd hour. The union said it was "many." Chief Pena says ambulances and engines are the first priority, then ladder trucks.

In addition to the parked ladder trucks, five stations had trucks working in tandem at least part of the day Monday. HFD calls it a task force.

When there aren't enough firefighters to meet minimum requirements (four to a truck), HFD will dispatch a ladder and engine to a scene together. While it meets minimum staffing, it could delay response times as units that would normally be available for another call are now tied up on together.

At that same news conference, Chief Pena admitted HFD's response time is up 20 seconds since January.

The problems are nothing new. HFD has dealt with increased retirements and transfers to other fire departments for the last few years. Coming into the year, HFD was down nearly 300 firefighters. Combine that with hundreds of firefighters quarantined for COVID-19 and it makes it difficult to staff HFDs units.

Chief Pena says it may take years to fully catch up. The department is expecting to add 80 firefighters by the end of next month when cadets graduate from the academy.

In the short term, Pena said he is considering bringing asymptomatic firefighters who've been exposed to the virus back on the job from quarantine if the medical experts will allow it. "We're dealing with a pandemic," Pena said.

The firefighters union president, Marty Lancton, called that potential move "dangerous," but added CDC guidelines could confusingly allow it to happen in some circumstances.