1 dead after multiple vehicles involved in crash near 288 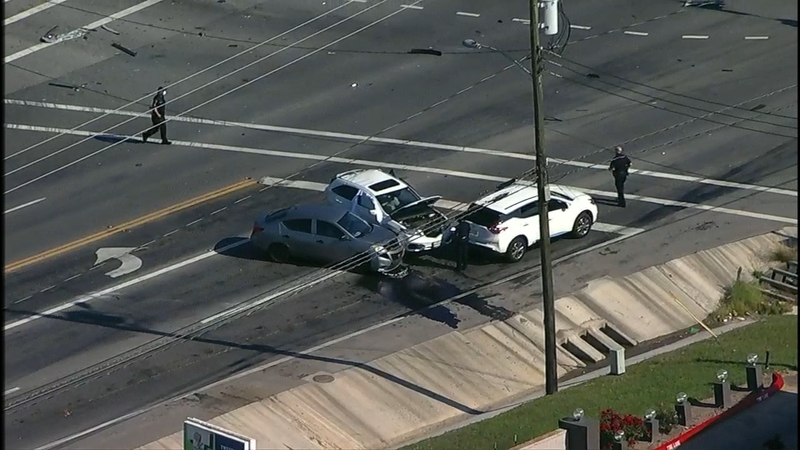 1 dead after multiple vehicles involved in crash near 288

HOUSTON, Texas (KTRK) -- At least one person is dead after multiple vehicles were involved in a crash in southwest Houston Monday afternoon.

Police said the crash happened in the area of Almeda and Reed around 3:45 p.m., not too far from Highway 288.

SkyEye overhead captured at least five vehicles left in wreckage. One of the vehicles appeared to have plowed into a sign of a nearby business.

Police added one driver at the scene showed signs of intoxication.

HPD did not immediately say whether anyone was arrested.

On Sunday night, a person was killed on the Southwest Freeway after a driver slammed into another vehicle.

HORRIFIC: Aftermath shows the devastation of a crash that killed an innocent person. The man accused of causing the crash is charged with felony murder.