Murder suspect shot to death while free on bond: 'You live by the gun, you die by the gun' 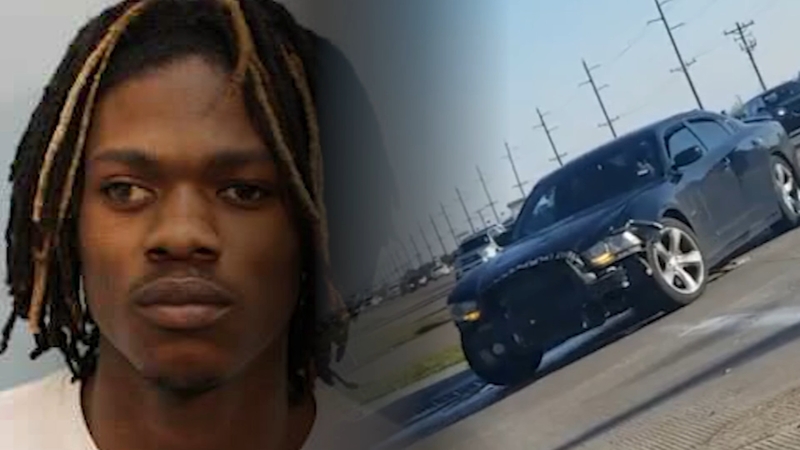 Road rage murder suspect shot to death while out on bond

HARRIS COUNTY, Texas (KTRK) -- The man shot to death inside a northwest Harris County convenience store Sunday night was identified as a suspect in a murder case stemming from a December 2020 road rage incident, according to the Harris County Sheriff's Office.

Homicide investigators believe Potts was targeted because he was followed into the store by the shooter. After the shooting, the gunman ran off.

"You live by the gun, you die by the gun. It's just what it is," said Rowden's sister, Angela Pesina.

Pesina said she was informed about Potts' death Monday.

"I was just shaking, thinking, 'That's crazy,'" she said.

On Dec. 4, 2020, Potts fired three rounds into Rowden's truck in what investigators believe was a case of road rage. The shooting was near the intersection of N. Houston Rosslyn and Hwy 249. Potts then sped off. He was arrested four days later. Potts' murder case has now been dismissed. Pesina had a different idea of how it would be resolved.

"I wanted Potts to sit down for a little bit and better himself and do better. He can be a testament to Jesus or God or whatever, change his life. That's what I wanted," she said. "I never wanted him to die. That's crazy."