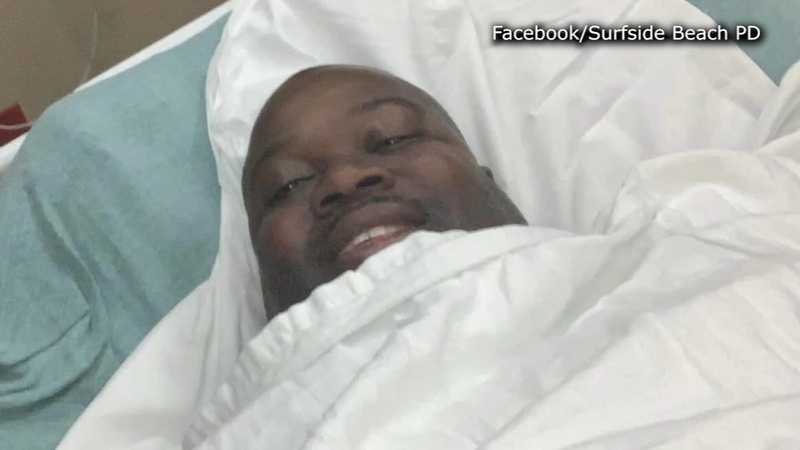 HOUSTON, Texas (KTRK) -- An off-duty officer with the Surfside Police Department is recovering in the hospital after being stabbed in front of a Subway. Now his colleagues are calling Nate Williams a hero.

Authorities responded to the call at a shopping center Wednesday around 7:50 p.m. in the 6100 block of Telephone Road. Officer Williams walked into the fast food restaurant and saw a man exposing himself to other customers.

According to officials, Williams told him to stop and as he was walking the man out of Subway, a fight started in the parking lot. During that fight, police say the man stabbed Williams over and over, then took off.

Police say the off-duty Surfside police officer walked into the Subway and saw the man exposing himself to other customers and tried to stop him before the stabbing.

The first officers on scene tightened a tourniquet around Williams' leg to slow the bleeding. He lost a lot of blood and was taken to Memorial Hermann Hospital, where he is recovering.

Though the suspect got away, police say they have good surveillance video, so they know who they are looking for. They say the man got away in a silver four-door hatchback. No other description has been made available.

Southeast officers are at 6100 Telephone. Off duty outside agency officer was stabbed and transported to the hospital. Media briefing at the scene. 202 pic.twitter.com/NOzzDt4Smh