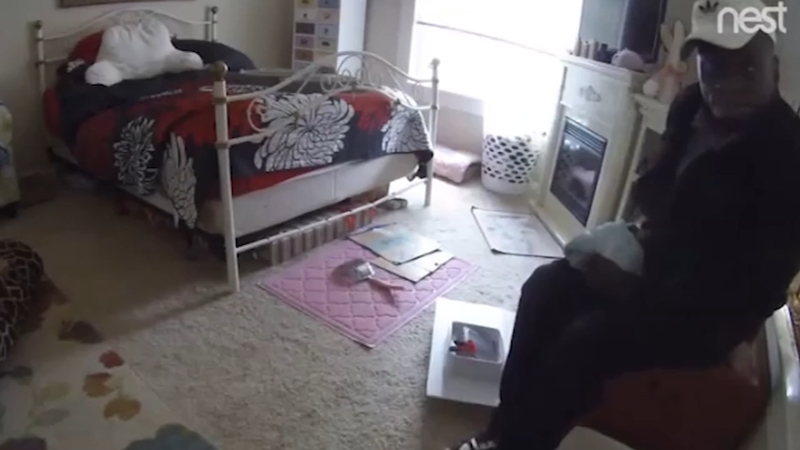 Video shows burglar make himself at home: 'It was very creepy'

HOUSTON, Texas (KTRK) -- Imagine coming home and realizing somebody has been there. They've eaten your food. They've taken a shower. They've even done a load of laundry.

That's what happened to a Montrose woman who came home on Easter Sunday and found her home had been broken into. She also found proof that the man responsible had spent hours inside.

"It's like he made himself at home and it's very creepy," said the woman, who did not want to be identified for fear of her safety. "It's very creepy to get comfortable. Plus, he came in through my bedroom window, so that adds another kind of creep factor to it."

Video from her bedroom shows the man squeezing through a cat enclosure to get in. He sees the camera and turns it away, but you can still catch glimpses of him going in and out of the bathroom.

"I know he used the shower because the shower was wet and the carpet and bathroom was very very wet. He also did his laundry. He used my washer and my dryer, and I know this because he had changed all the settings," she said. "He ate ramen noodles, which he cooked in my microwave and he ate an entire bag of the frozen chicken nuggets."

She believes the man stayed at her home for three or four hours.

"He left with my Fitbit and he left with some toiletries, like my deodorant, toothbrush, and toothpaste, and then he took some drinks out of the fridge," she said.

If you recognize the man, you're urged to contact Houston police.