Houston business owner believed to have been targeted after trip to Sugar Land bank, HPD says 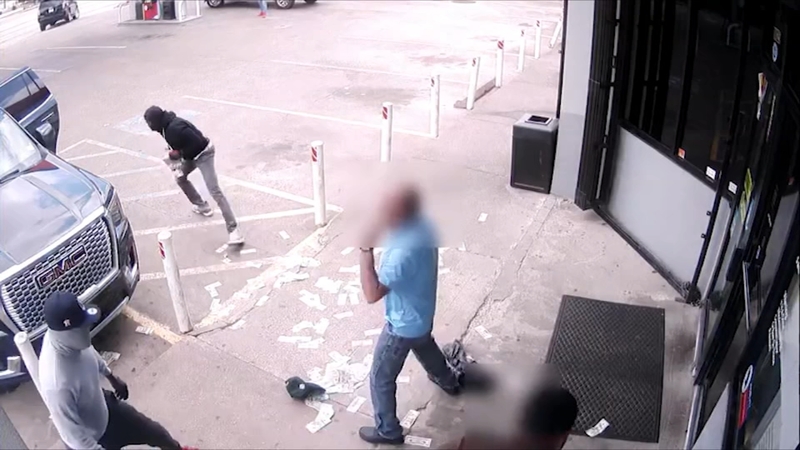 Business owner may have been target of robbery suspects, HPD says

HOUSTON, Texas (KTRK) -- Police are searching for two suspects who are believed to have followed a business owner from a Sugar Land-area bank to his convenience store in southeast Houston.

On April 23 at about 12:10 p.m., a business owner said he had just arrived at his convenience store in the 10000 block of Telephone Road when he was attacked by two unknown men.

Police said the victim had just left a bank in the 11700 block of University Boulevard in Sugar Land and was carrying a bag of cash into his store when the two men approached him and tried taking his bag.

An employee inside the store witnessed the ordeal and ran outside to help the victim. That's when the bag of money fell, causing cash to scatter all over the ground. The suspects picked up as much cash as they could and fled the scene in a black GMC Yukon with paper plates, police said.

The suspects were described as two Black men, with a medium build and were about 6 feet tall. According to police, the men had a dark complexion. One man was wearing a hoodie, while the second man had a cloth covering his face.

Police believe the suspects may be tied to a separate jugging incident that took place on March 8, in the 400 block of West Bell. Video from that scene shows the moment a suspect runs out of a black GMC and toward a man who is seen throwing an envelope with a large sum of money, police said.

The victim in that incident said he had been at the bank in the 11700 block of University Boulevard in Sugar Land and then drove to a relative's home on West Bell. The victim told police he believes he was followed.