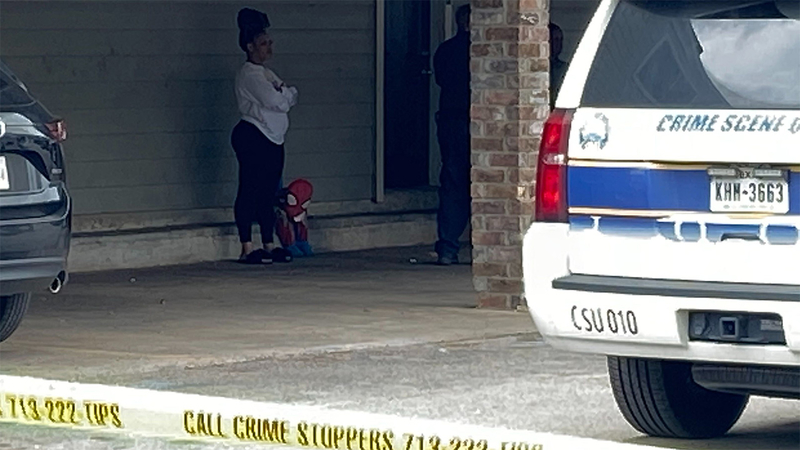 HOUSTON, Texas (KTRK) -- An infant who showed up at a hospital with a gunshot wound was pronounced dead shortly after arriving late Friday morning, according to Houston police.

The police department confirmed it received a call about the child at Memorial Hermann Memorial City Medical Center just before 11 a.m.

According to a tweet, police said their commanders and public information officers were heading to an apartment complex in the 3100 block of Crestdale, near Kempwood, in connection with the deadly shooting.

HPD commanders & PIO are en route to the shooting of a child, reportedly at an apartment at 3130 Crestdale Dr near Kempwood in west Houston.

The child was brought to a hospital at 921 Gessner Rd about 10:55 am & pronounced deceased.

The victim, Royal Gordon, was only 8 months old. The gun was reportedly discharged by the victim's 3-year-old brother inside the family's apartment.

Terrible! Child is dead after showing up at the hospital with a gunshot wound! I’m at the location where the shooting happened to get the latest info. #abc13 https://t.co/N2mdJQK2fu pic.twitter.com/1k9zMOEUOl

There are no criminal charges at this time and the case will be presented to the Harris County District Attorney's Office after further investigation, police announced.

In recent days, law enforcement around the area has had to deal with several different instances in which children were hit by gunfire.

Last month, a 6-year-old girl died after she was shot multiple times in Pasadena. The man charged with murder in her death is accused of opening fire over spilled water.

REPORT FROM FEBRUARY: More than 40 children under age of 12 have been killed in Harris County since 2019