Mayor Turner says only 'legitimate' restaurants should be open 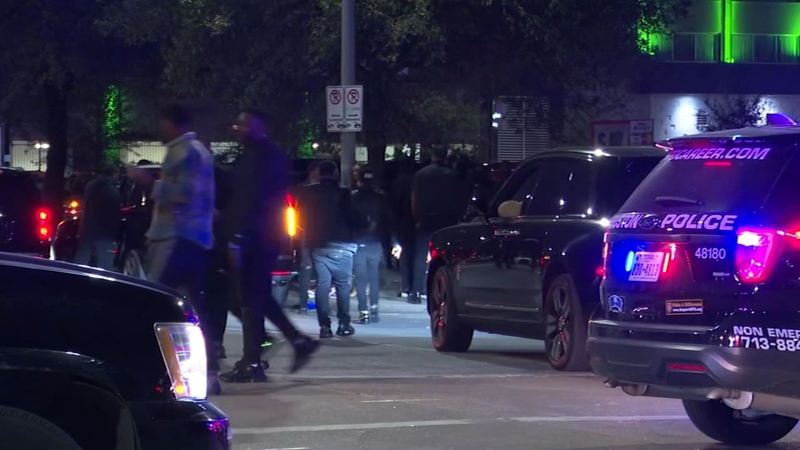 HOUSTON, Texas (KTRK) -- Mayor Sylvester Turner is issuing a strong warning to bars and nightclubs across Houston and said he plans to go after any establishment seen disregarding capacity guidelines.

In a tweet posted by Turner on Sunday afternoon, the mayor called out the promotional team for rapper Bow Wow, who was scheduled to perform at a day party on Sunday at Kamp Houston on Westheimer Road near Uptown.

"These events that are scheduled with @BowWowPromoTeam today in Houston are on our radar," said Turner. "Other bars/clubs that are operating as restaurants, beyond capacity and social distancing requirements, please expect visits."

These events that are scheduled with @BowWowPromoTeam today in Houston are on our radar. Other bars/clubs that are operating as restaurants, beyond capacity and social distancing requirements, please expect visits. Today we report 1964 new cases and 17 more deaths. st

It's unclear if the event will go on as scheduled.

In a second tweet, Turner said said "only legitimate restaurants" should be open.

Neither Houston nor any Texas city should be allowed to be a venue for concert promoters outside of this State because clubs/bars are allowed to reclassify as restaurants. Only legitimate restaurants should be open at this time. st

Concerts are not allowed in Houston at this time unless it is virtual. Please reschedule. st

The tweet comes after Club Spire, located in downtown Houston, closed overnight after it was seen filled beyond capacity, according to the Houston Fire Marshal's office.

The venue was hosting an event called "The Black Affair" that featured artists Trey Songz and Fabolous. Fire Chief Samuel Pena said the club was given the option to re-open within capacity guidelines, but management decided to close for the night.

"If there was an emergency, a fire or something that would have occurred inside, we would have had a massive loss of life because the means of entry," Pena said. "The exits were blocked."

Outside the club, an estimated 200 people were waiting in line to get in, officials said.

Well before Spire's closure, city leaders were already expressing concern about crowds at clubs and bars.

"I'm still getting some disturbing pictures of people hanging out in clubs that have been recategorized as restaurants," Houston Mayor Sylvester Turner said on Saturday. "And let me tell you, they are not restaurants."
Turner said he will be calling on TABC to crack down on the reclassifications.

"When you look at these pictures, there's no food on the table," Turner said. "That is crazy. I am calling on the state to review their policies."

He said loopholes like these are making it difficult for the city to achieve getting rid of COVID-19.

"TABC continues to conduct more than 1,000 inspections each week, which includes responding to reports of potential violations," TABC later said in a statement. "We are aware of the videos which surfaced this weekend and have already opened our own investigation."

Club Spire's alcohol license has been under scrutiny before. The license was suspended in June for violating social distancing guidelines when videos from inside surfaced.
SEE ALSO: Video shows unmasked, large crowds at Spire Nightclub during rap concert

Management told ABC13 at the time that they were allowed to open because they were classified as a reception hall in Nov. 2019 and not a nightclub, despite their name. Most of their revenue was from ticket sales, managers said. Texas Alcoholic Beverage Commission officials said the club was allowed to operate outside the confines of its venue license because permits are only reviewed every two years.