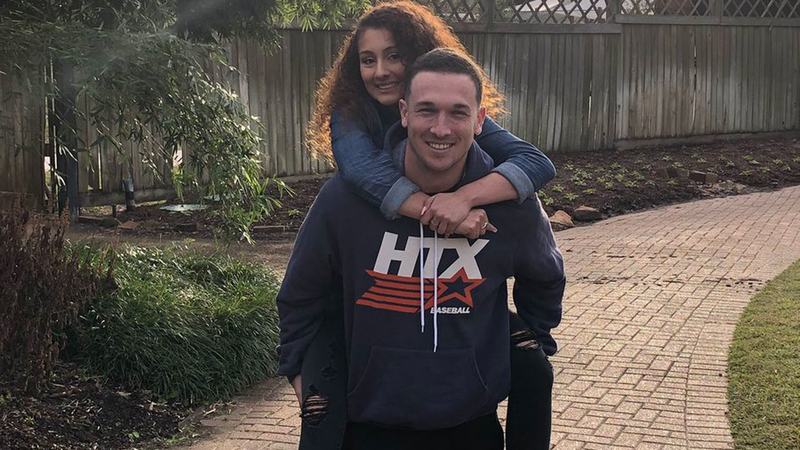 Bregman keeps promise to be in fan's senior pics

HOUSTON, Texas (KTRK) -- If you want your favorite celebrity to notice you, all you have to do is let Twitter do its thing. At least that's how things worked out for one Houston Astros fan who had a request for her favorite player.

In early November, a Twitter user named Laurita reached out to Alex Bregman asking how many retweets she would need in order for him to be in her senior pictures. The Astros' third baseman was quick to respond and said she only needed 47 retweets to make it happen.

Alright Alex how many retweets for you to take my senior pictures with me? 😭 @ABREG_1

Twitter did not disappoint and did its thing by retweeting Laurita's original tweet about 664 times. They also retweeted Bregman's response more than 1,000 times.

Needless to say, Bregman is a man who keeps his word.

On Thursday, Laurita tweeted out a sneak peek of her senior pics with the caption "Senior pictures coming soon," some of the photos included in the tweet were of her and Bregman goofing around during the shoot.

Bregman also followed up her tweet wishing the student a good rest of her senior year.

Have a good rest of your senior year! https://t.co/XWfs53ZaPv