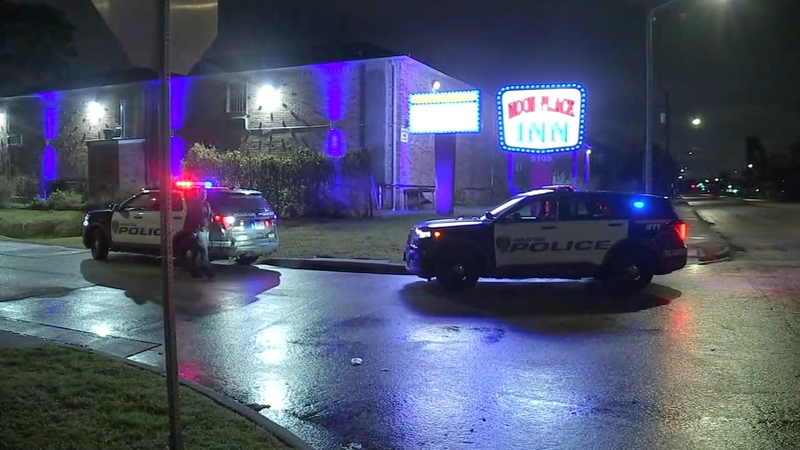 HOUSTON, Texas (KTRK) -- A man police originally said was shot while trying to stop an apparent robbery in northeast Houston may have actually been targeted.

According to initial information from police, a woman was walking at 9105 Lockwood Drive around 2:25 a.m. Tuesday when a dark gray Kia pulled up next to her.

Authorities said at the time that a driver pointed a weapon at her and attempted to rob her, and that's when the man intervened and was shot three times.

But after an update from Houston police just before 11 a.m., it appears that's not how the incident unfolded.

Officials say a person pulled up in a dark-colored sedan and opened fire on the man.

He then ran to a woman nearby to ask for help.

The man was hit twice in the leg and once in the arm.

He is expected to be OK.