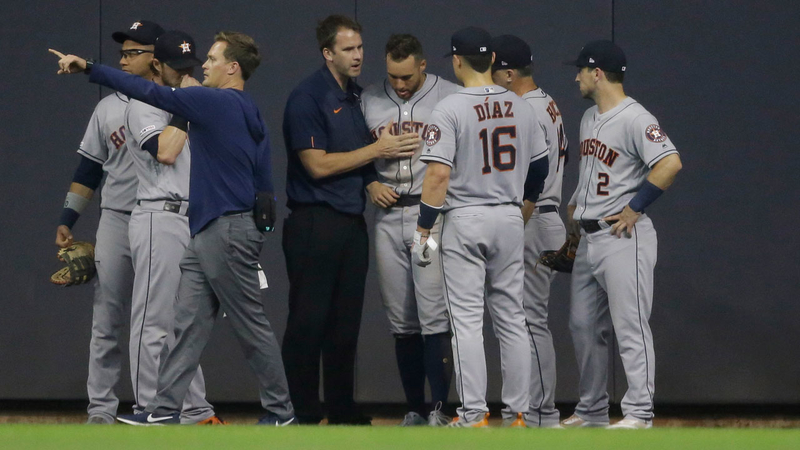 HOUSTON, Texas (KTRK) -- Houston Astros outfielder George Springer was taken off the field Tuesday in Milwaukee after hitting his head on an outfield wall.

The incident happened at Miller Park, where the Astros are facing off with the Brewers.

In the bottom of the fifth inning, Springer fell to the ground after making a catch, striking his head against the outfield wall.

The more I see the Springer play the more amazed I am he was able to stand up. Brutal collision. #Astros

Teammates rushed to check out Springer's condition just before he was carted off the field.

Springer was alert after the incident, but we do not know the nature of his injury.

Astros manager AJ Hinch said Springer is doing alright, and that the team is awaiting tests to come back.