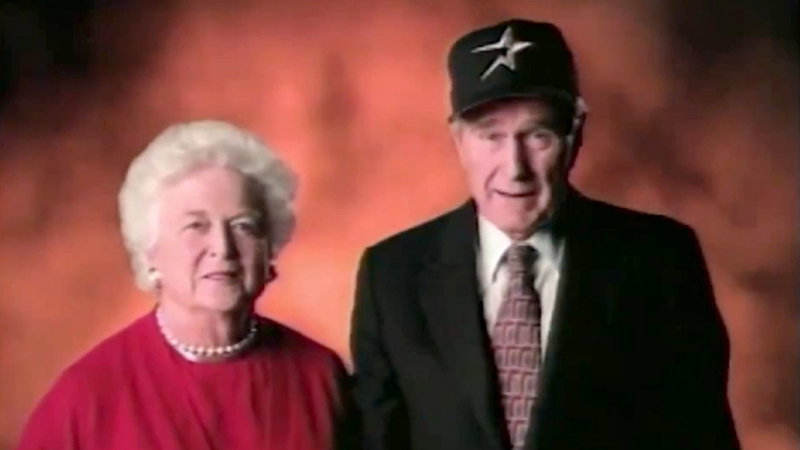 Astros once recruited the Bushes to sell tickets

HOUSTON, Texas (KTRK) -- It's hard to believe there was ever a time the Astros had a hard time selling tickets, but that was the case in the early '90s.

And when you need help, sometimes you've got to call presidential royalty. President George H.W. Bush and former first lady Barbara Bush took part in a TV ad to help put more fans in seats at the Astrodome.

The ad started with "Bush 41" touting he was former first baseman at Yale in the 1940s, and Barbara added by saying she was the official scorekeeper of that team.

"I still can't believe you gave me an error in the Cornell game," President Bush said.

"It was a playable ball," Barbara argued.