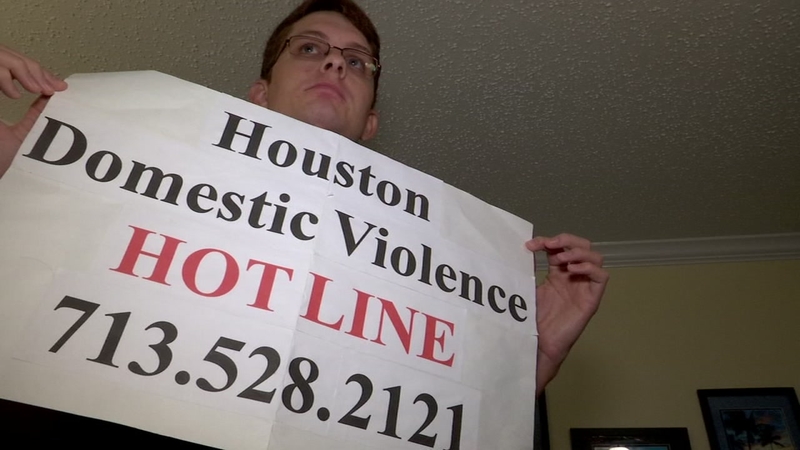 Astros fan kicked out during game over domestic violence sign

Kevin Jukkola said guards escorted him out of the stadium for holding a domestic violence awareness sign.

Jukkola said he's held up the sign several times before at different games. This time, he was asked to hand it over to security.

"Some people were not happy about it. Some people were supportive. But either way, there was never an usher called. No security was ever called. Nothing ever happened until Saturday night," said Jukkola. "I want them to allow me to peacefully protest and not to be removed from the ballpark."

Jukkola said he created the sign to express his disappointment with the Astros' decision to take on pitcher Roberto Osuna. Osuna is facing domestic violence allegations in Canada.

"I don't want to condemn him for his life. I just think this is an important issue," said Rae Lynn Jukkola. "This is an opportunity for the team and for the fans to bring attention to the issue of domestic violence."

Astros fan Ryan Meier said he witnessed the incident firsthand in his section. He said he's disappointed with the decision to remove Jukkola and the sign.

"Domestic violence is a serious issue," said Meier. "I think the sign should be irrelevant in the ballpark because the Astros should already have one instead of us needing to bring one."

The Houston Astros would not offer Eyewitness News a comment today for this story. A representative said they are aware of the incident and looking into what happened over the weekend.

MLB.com lists the rules for Minute Maid Park. The rules read, "Banners must be baseball-related and support teams and players, so long as they are in good taste." They go on to say, "Management reserves the right to remove any sign deemed inappropriate."