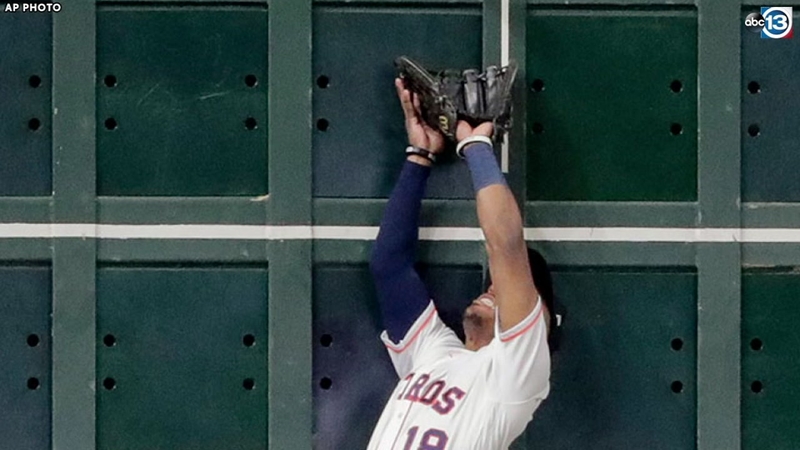 HOUSTON, Texas (KTRK) -- Both the Houston Astros and Boston Red Sox can gain control of the ALCS with a win in Game 3.

Southpaw Dallas Keuchel took the mound for the 'Stros early on and got hit hard in the first inning. Keuchel surrendered two runs on three hits before limiting Boston to a 2-0 lead.

The Astros were able to strike back in the bottom half of the first against Red Sox pitcher Nathan Eovaldi. After hits from Jose Altuve and Alex Bregman, outfielder Marwin Gonzalez was able to drive a run home to make the score, 2-1.

Then in the sixth, after Altuve walked, a Bregman RBI tied the game up at 2-2.

Matters only got worse from there.

Astros reliever Roberto Osuna came in to pitch the eighth inning, but gave up five runs on three hits, including a grand slam to Jackie Bradley Jr.