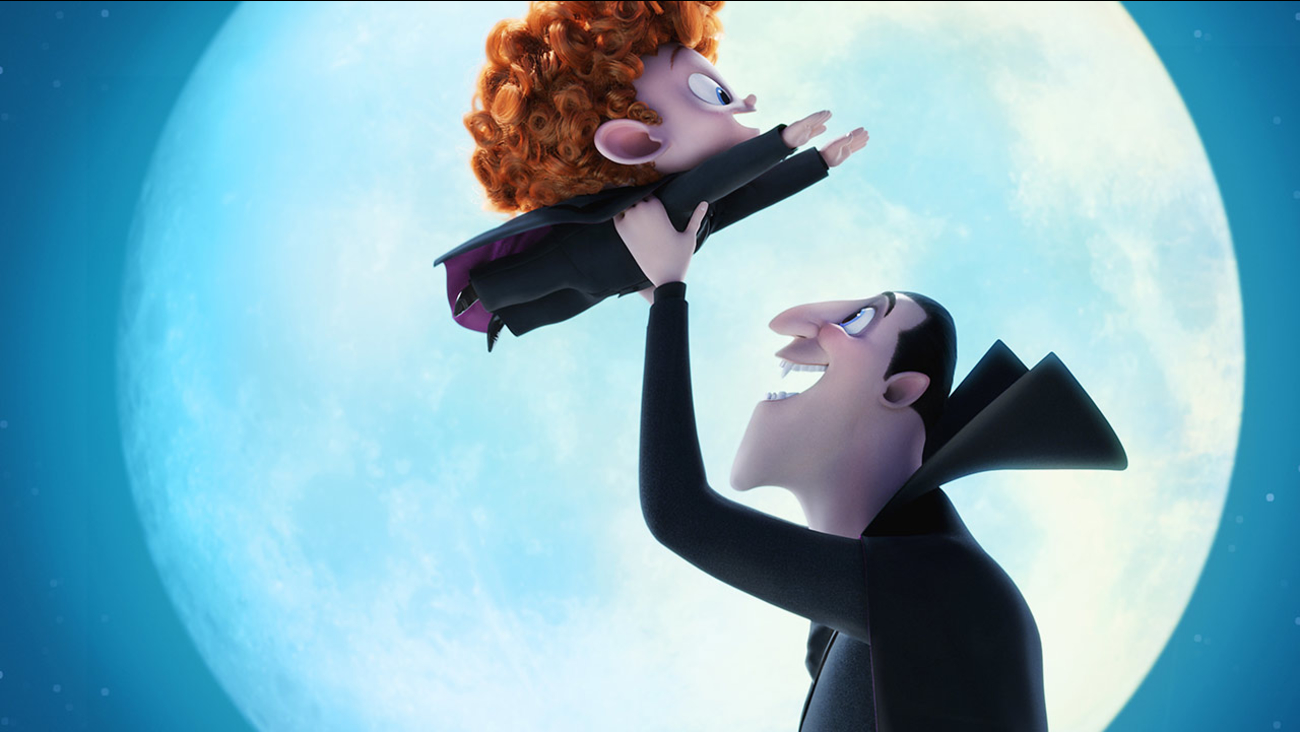 LOS ANGELES, CA -- September has a new box office star in "Hotel Transylvania 2." The PG-rated animated pic earned a robust $47.5 million in its debut weekend, making it the top September opener of all time, according to Rentrak estimates Sunday.

The previous record holder was "Hotel Transylvania" which opened to $42.5 million in 2012.

"It really is something the whole family can agree to see. There are laughs for adults, kids, and teenagers as well," said Rory Bruer, president of worldwide distribution for Sony.

According to the studio, an estimated 59 percent of audiences were female and 60 percent were under the age of 25.

"This year hasn't been oversaturated with family animated films, it seems like virtually all have done well," he said.

The film, which cost around $80 million to make, features the voices of Adam Sandler, Mel Brooks, Selena Gomez and Kevin James and is the only animated feature on the market until "Peanuts" opens in November.

Audiences for the Nancy Meyers written and directed film were 62 percent women and 88 percent over the age of 25. Significantly, 55 percent were over 50-years-old - an audience that doesn't typically rush out to see films on opening weekend.

"Nancy Meyers is her own brand and I think that automatically accesses an audience who looks at it and thinks 'this is a movie I want to see,'" said Jeff Goldstein, an executive vice president at Warner Bros., of the veteran filmmaker known for films like "It's Complicated."

"Maze Runner: The Scorch Trials" took third place in its second weekend in theaters with $14 million - a 54 percent drop from its opening. The film has brought in $51.7 million to date.

"It's very difficult to know where a film is going to land when there's no good comp for it. Based on the releasing pattern we had for the movie, we're kind of blazing a new trail. You can call it an experiment if you will," said Nick Carpou, who heads Universal's domestic distribution. "When you add the two weekends together and the mid-weeks in between, sitting here at $23 million feels really good."

Dergarabedian said that perhaps the competition over the same audience is the reason for "Everest's" soft weekend.

"It's really crowded out there," Dergarabedian said. Both "Black Mass," in fifth place with $11.5 million, and "Everest" have been pulling in predominantly male audiences.

The well-reviewed border drama "Sicario" is also dividing audience attentions. It cracked the top 10 with $1.8 million from only 59 theaters.

Hope isn't lost for "Everest," though. With a solid A CinemaScore, word of mouth should be strong in the coming weeks, despite the direct competition of next week's "The Walk," another vertiginous, event film that will take over IMAX screens.