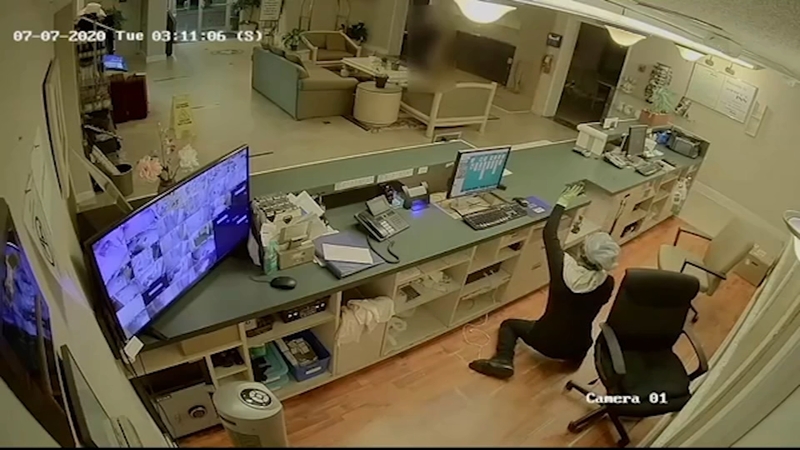 HOUSTON, Texas (KTRK) -- A Houston security guard was able to stop a brazen robbery attempt at a hotel and now, authorities want your help finding the men involved.

It happened at the America's Inn Hotel in the 10500 block of Southwest Freeway in July, but video of the incident was released recently by Houston Crime Stoppers.

Video shows a Ford pickup pull up to the hotel when three men jumped out. One of them smashed the front door with a crowbar before jumping over the lobby counter.

That's when the security guard is seen confronting the first man with her weapon drawn.

While that was happening, two of the men were in the process of pulling a chain from the back of the truck and appeared to be attempting to wrap it around an ATM in the lobby.

As the first suspect took off from the lobby, all three men and the driver were able to get away before taking the ATM.

Crime Stoppers may pay up to $5,000 for information leading to the charging and/or arrest of the suspects in this case. You can submit anonymous tips by calling 713-222-8477 or online at crime-stoppers.org.