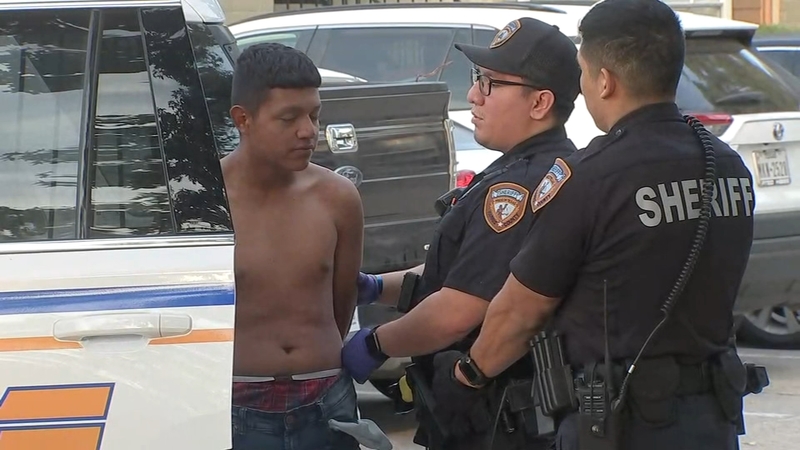 HOUSTON, Texas (KTRK) -- Two women were stabbed early Sunday while they were inside a northwest Harris County apartment in what investigators believe was a home invasion.

It happened around 4 a.m. at a gated complex in the 7100 block of Smiling Woods Lane.

The victims told authorities they were sleeping when a man broke into the apartment and stabbed both of them.

Both women were transported to a hospital for treatment and are expected to recover, deputies said.

As investigators looked for answers outside the apartment, a crime scene investigator spotted a man standing outside the front gate of the complex who appeared to have been involved in the ordeal.

The man was taken into custody while deputies continued to look for the weapon involved.

Deputies said the man lives near the women, who work in the area as missionaries for the Texas Houston Mission of The Church of Jesus Christ of Latter-Day Saints.

Early this morning, two sister missionaries in the Texas Houston Mission were injured in their apartment during a home invasion. The young women were taken to the hospital and are expected to recover. We sincerely pray for them and their families as they deal with and heal from this ordeal. We are grateful for the medical workers and first responders who have been caring for the missionaries since this occurred. Since local authorities are continuing to investigate, we will defer to them for specific details of this incident.

They were inside an apartment in a gated complex when they were attacked. Now, investigators are looking for answers.