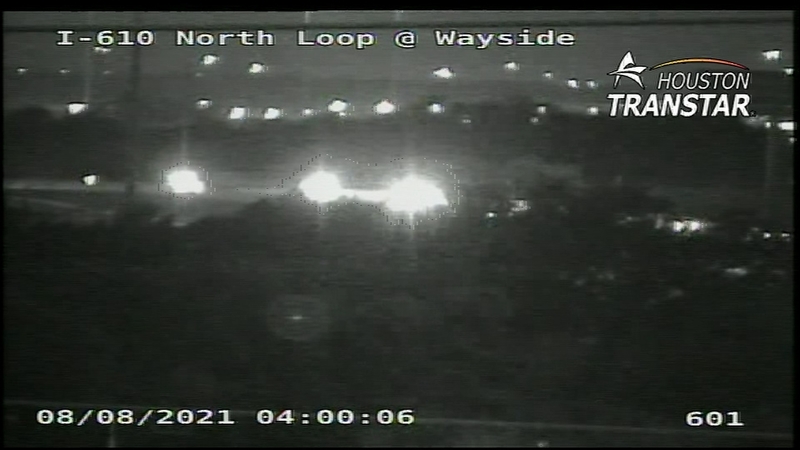 HOUSTON, Texas (KTRK) -- A man was killed by a hit-and-run driver as he stood outside of a vehicle on the 610 North Loop early Sunday morning.

ABC13 originally reported the victim as being a woman, according to information from Houston police.

But on Monday, HPD provided an update stating that the victim was a man. His identity has not been released.

The crash happened at about 2:20 a.m. on the North Loop near Kirkpatrick on the northeast side of town.

Authorities say a blue Honda Accord was traveling westbound on the freeway and then pulled over to the shoulder so the driver and the passenger could swap seats.

While they were standing outside of the car, a driver in another vehicle hit the left side of the Honda and kept going.

The man was pronounced dead at the scene, and the driver was hospitalized.

The driver's son, also a passenger in the Honda, was hospitalized with minor injuries.

Officials don't have any information on the vehicle that fled.