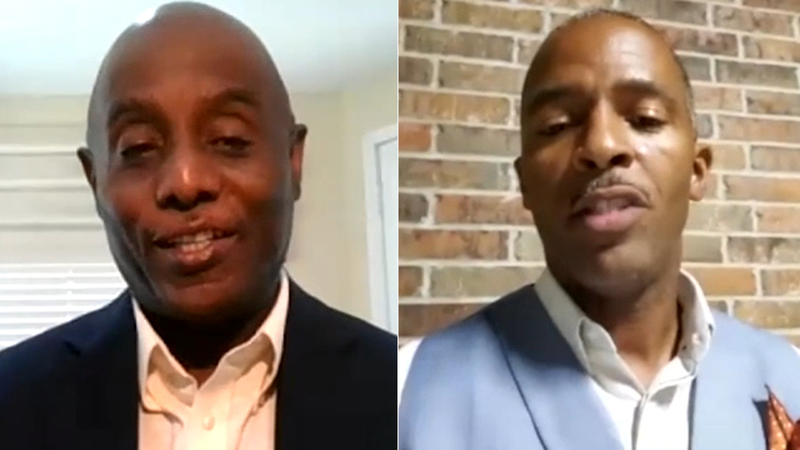 FORT BEND COUNTY, Texas (KTRK) -- This election year, we're seeing a lot of firsts in Texas and around the Houston area.

With Sheriff Troy Nehls heading to Washington, D.C., Fort Bend County has voted in its first Black sheriff since the 1800s.

"It's historic. It's history making," said sheriff-elect Eric Fagan. "I want to show the strength of diversity. Diversity without inclusion is just a word. I want to be inclusive and transparent to the people of Fort Bend County and bring in people on my command staff that reflects the citizenry we serve."

Fagan spoke with Eyewitness News Wednesday about his top priorities in his new position, including more training on mental health issues for officers in his county.

"We can do changes. We can make changes. I want to make one thing very clear, I'm in no favor of defunding the police, but I am for more training to work along with the people in law enforcement," Fagan said.

He also added that his deputies will be allowed to use force when needed, but it's still a new day in Fort Bend County.

Fagan will be sworn in as the Fort Bend County sheriff at the beginning of 2021.

History was also made in Texas City after mayor-elect Dedrick Johnson was proclaimed the first ever Black mayor on Tuesday night.

"That is a special moment and it's not something that is just going unnoticed, obviously. But once again, what's more significant to me is not necessarily that I'm the first African American to lead the city, but that I do such a good job that I'm not the last," Johnson said.

"When I first stepped away, I knew at that moment that my departure from city government was temporary," Johnson said. "I didn't know what role exactly I would take once I returned, but this role presented itself, and I think, all things considered, this was the right time.