Houston ISD rethinking plans to centralize part of the budget 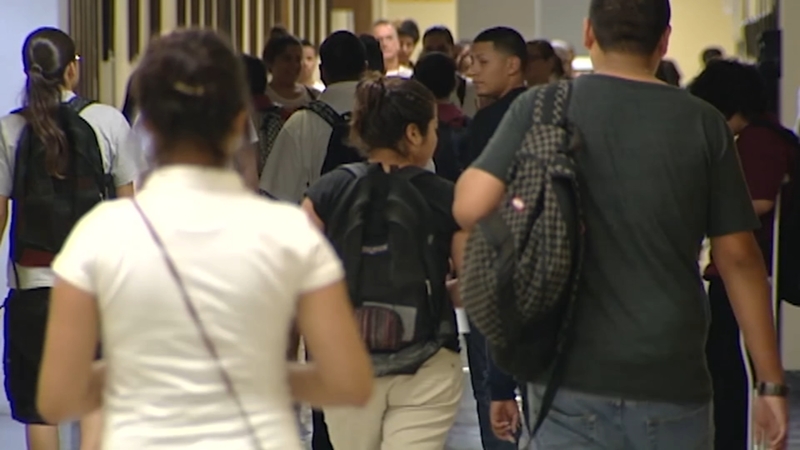 HISD rethinking plan to centralize part of the budget

HOUSTON, Texas (KTRK) -- Currently, Houston ISD principals have a lot of say in how they use their budget. They can choose, for example, if they hire a full-time nurse or perhaps an art teacher instead.

However, HISD Superintendent Millard House II had plans to change that. House plans for funds to come from the central office for certain staff and programs, making a baseline of resources and equitable staffing across all of the schools in the district.

As first reported by our partners at the Houston Chronicle, officials are now reconsidering that plan.

The idea of centralizing the budget was part of House's strategic five-year plan. He believes a partly centralized budget would be more equitable for the students.

It would be a big change from how the budget is currently handled. A change that did not work when previous superintendents tried to do this in the past.

"I told him (Superintendent House) back in February, 'This is going to be a hard struggle for you. I've seen this before," said Jackie Anderson, the president of the Houston Federation of Teachers.

Anderson retired from teaching after 33 years - 23 of them with HISD.

On Monday, the chief of schools sent an email to HISD principals asking them to pause their budget planning as the team revisits the budget strategy. It's a move Anderson said she was disappointed in, but not surprised by.

This decentralized budget system, House believes, has led to inconsistent opportunities for students across the district. Anderson agrees.

"Until somebody makes a decision to take those schools, the least and give them what they need, to bring them up, there's never going to be equity in HISD. Never," said Anderson.

Tish Ochoa, an HISD parent who has been involved in the recent budget workshops said she is glad the district is taking this pause to reconsider.

"I think that there is a happy medium, there's a place to meet in the middle but it's something that should be undertaken lightly or quickly," said Ochoa.

Her concern, more so than a centralized versus decentralized budget, is that they make a hasty decision with big consequences.

"Honestly, I don't really care how the school is funded. I just care that our children's needs are met and I just want to make sure this process is done thoughtfully so that every child's need is met and there are no unintended consequences as the result of quick budgeting," said Ochoa.

While those in favor of the centralized budget system say it would be more equitable, Bridget Wade, HISD's District 7 trustee, believes the current system is best with a few changes.

"We've seen that through many studies that have happened over the years that say there are definitely troubling signs that we need to improve on, but I think closing that gap is very important and we all agree on that. We just need to do it in a way that doesn't subvert the plan that has been actually has been bearing fruit," said Wade.

On Tuesday evening, ABC13 obtained an email the chief of schools sent HISD principals about a revised model for the funding. High-level, it seems to be a combination of how it currently is and the model House was hoping to change it to.

There will be more discussion about this at the budget workshop on Thursday at 2 p.m. The meeting is open to the public.