Driver fatally crashed in high-speed chase after losing control, according to Conroe police 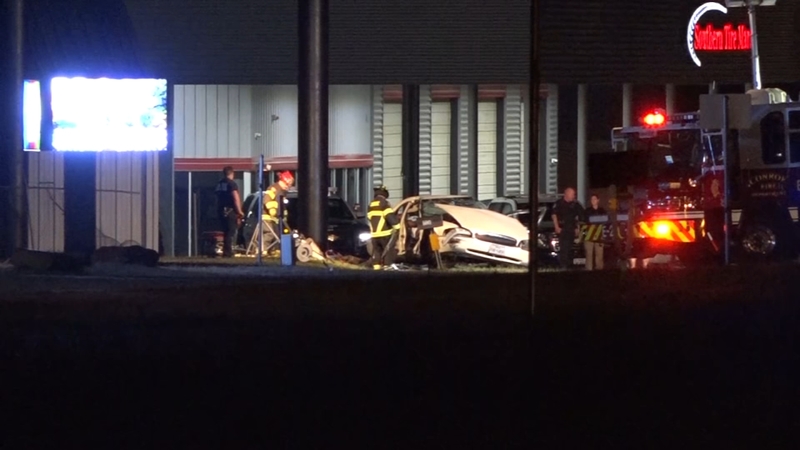 CONROE, Texas (KTRK) -- A high-speed chase ended in a fatal crash after the driver crashed into a tire shop sign on Friday afternoon, Conroe police said.

At about 6:30 p.m., a Conroe police officer attempted to stop a Buick Skylark at North Frazier Street and Hickerson for expired vehicle registration.

The Buick fled the scene, and the officer began a pursuit with speeds reaching up to 105 miles per hour on Frazier Street, reaching approximately 5.1 miles in four minutes, according to police.

As officers were blocking cross traffic, the driver ran a red light at the intersection and crashed into the Southern Tire Shop sign.

Security video shows that the driver attempted to go around another vehicle when they lost control, and struck a fence before hitting the 3-foot-high signpost.

Conroe Fire Department spent about 20 minutes extricating the driver from the car. The driver was pronounced dead at the scene.

Eickenhurst Funeral Directors transported the driver for an autopsy and a positive identification.