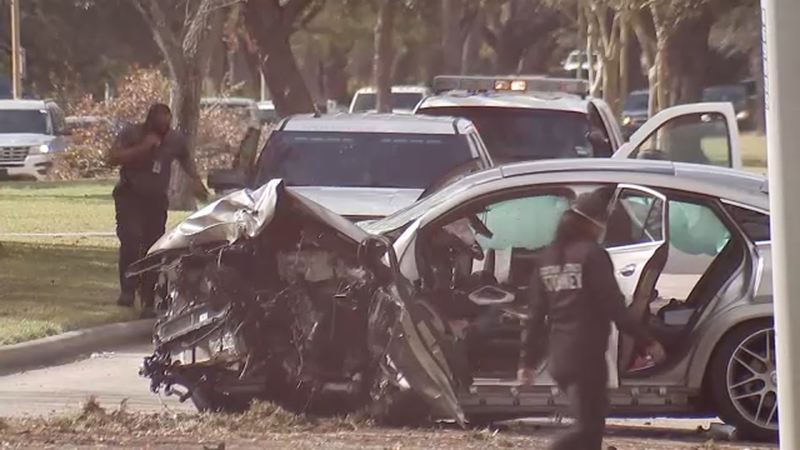 HOUSTON, Texas (KTRK) -- Two small children have been injured in a car crash in southwest Houston that police say was caused by a driver traveling at high speeds.

Houston police assistant chief Ben Tien said that an officer checking speeds by radar on the South Loop near the Braeswood exit spotted the car traveling at nearly 100 mph. The officer tried to catch up to the vehicle as it exited, but soon lost sight of it. The car crashed into a tree shortly after that.

Police say there were three occupants of the car - the driver and two children in the backseat, without car seats. All three were taken to the hospital.

The 1-year-old child is listed as being in critical condition and was taken into surgery. The 3-year-old victim and the driver both suffered what police called non-life-threatening injuries.