Equal rights ordinance could be redrawn by Houston City Council 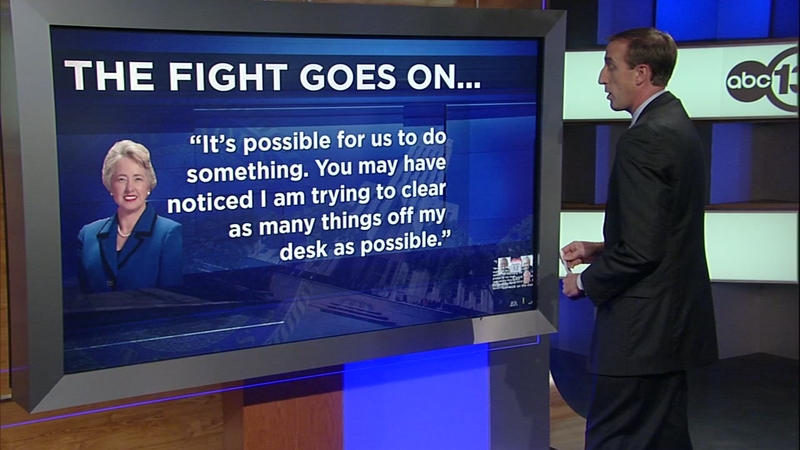 Equal rights ordinance could be redrawn by Houston City Council

HOUSTON (KTRK) -- The battle of Houston's controversial equal rights ordinance is far from over this morning, according to political experts.

While voters defeated the measure with 61 percent of them saying no to HERO, supporters likely won't stand down.

Current mayor Annise Parker said the results could prove problematic for the Bayou City. In a passionate speech, she warned Houston won't be viewed as an inclusive and welcoming city.

"I fear that this will have stained Houston's reputation as a tolerant, welcoming, global city," said Mayor Parker. "I absolutely fear that there will be a direct economic backlash as a result of this ordinance going into defeat and that's sad for Houston."

Political science Professor Brandon Rottinghaus teaches at the University of Houston. Rottinghaus told abc13 the likely scenario is city council will revisit the issue. He explained the council could redesign the ordinance with different language to help address public safety concerns.

If passed, HERO would have expanded discrimination protections in 15 categories.

HERO opponents narrowed in on one protection in particular as the election neared in late October. They warned extending gender identity protection would allow men to use women's restrooms whenever and wherever. Rottinghaus said Houstonians should not be surprised if this issue is brought back into the discussion.

"This is a fight over culture wars. We're not going to see this go away anytime soon. These are hot button, very impressive issues that are going to be fought over," said Professor Rottinghaus. "Both sides are entrenched. Neither of them can give up, so they both have incentives to dig in and really fight it out until they can get a resolution they're reasonably happy with."

HERO could also resurface in the mayoral run-off election as a huge policy difference. The two candidates are split on the issue. Current Democratic Congressman Sylvester Turner supported the law, saying it protects minorities.

Former Kemah Mayor and vocal conservative Bill King opposed it and says he'll continue to do so.

But neither candidate may have to deal with the issue at all. Asked Wednesday after a council meeting, Mayor Parker reminded us she still has two months on the job.