Galveston County preparing for more flooding coming to the area 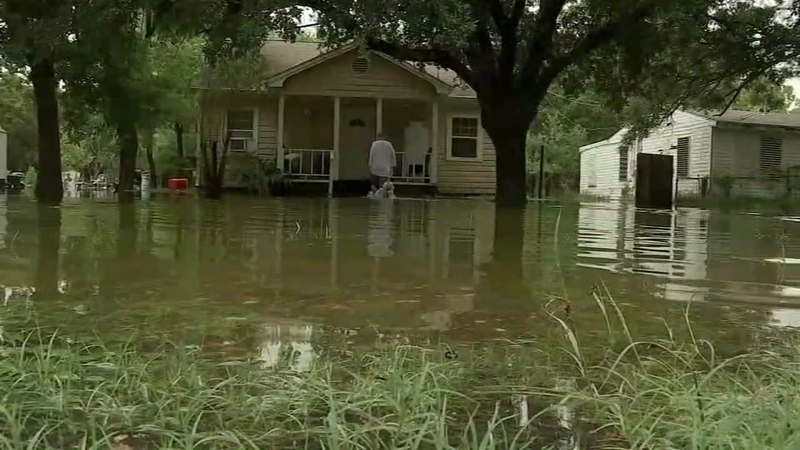 Galveston County prepping for heavy rainfall headed to the area

GALVESTON COUNTY, Texas (KTRK) -- Families in Galveston County are bracing for another round of heavy rainfall after floodwaters covered their streets on Tuesday.

American Red Cross was in the area on Wednesday helping people make arrangements ahead of the rain.

Lindsay and Shawn Owens told Eyewitness News that the furniture in their house was ruined after Tuesday's flood.

"It's different when it's feet instead of inches, and you lose everything instead of just a few things," Lindsay said.

Their Texas City house floods on a regular basis.

Galveston County Judge Mark Henry says that other homes in the county may have similar issues in the upcoming few days.

"If it floods in a heavy thunderstorm, it's probably going to flood again," Henry said. "We are also concerned about Highway 87 on the Bolivar Peninsula."

Henry is the director of the Office of Emergency Management, which is housed in the same building as the National Weather Service.

"They are forecasting one to four inches, but they can't say if that's on Galveston Island or League City," Henry said. "There's going to be a lot of rain falling, but they can't tell us exactly where."

He says the ground is very saturated right now, and that more rain will create drainage problems.