Teen with hearing impairment says she was attacked for her disability 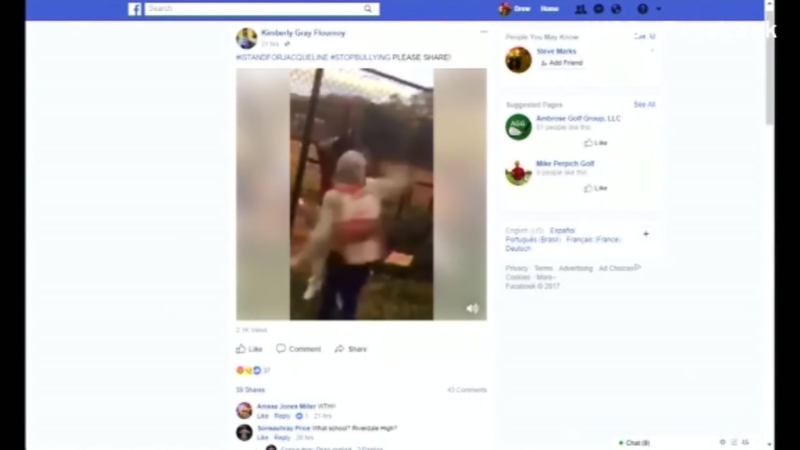 Teen with hearing impairment says she was attacked for her disability

ATLANTA, Georgia (KTRK) -- A teen who has a hearing impairment says a group of siblings recorded their attack of her, claiming that they did it because of her disability.

Eighteen-year-old Jacqueline Flournoy told WSB-TV that two brothers and their sister, who was recording the Nov. 30 incident on a school campus, were involved.

"He just turned around and slapped me," the teen said. "I was like, 'OK, what just happened?'"

In addition to her hearing impairment, the teen claims the group attacked her because they were not OK with her relationship.

The attack drew a suspension for the group, but when the victim's mother saw footage of the incident, she complained to school administrators.

"That's when I just about lost it," said mother Kimberly Flournoy.

The two brothers faced a tribunal Wednesday which would determine whether they would be removed from school for a year or one semester.

In addition, WSB reports their sister could face cyber-bullying discipline.