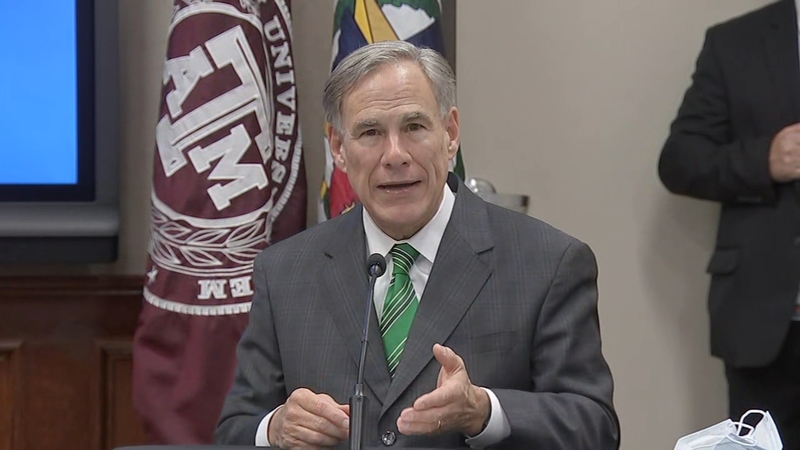 But, a 13 Investigates analysis of cases for the past 16 weeks since the pandemic reached Texas found new cases are up 61 percent from last week, possibly higher after Friday's totals are tallied.

Statewide, there were a record 4,098 new cases on Tuesday alone and nearly 3,000 Texans are currently hospitalized.

"If you hear that number and saw how large it was and saw that it was the highest number of people testing positive, that would be a big reason for concern," Abbott said Tuesday. "If however, you look behind that number and look into the reason why there was such a high number that day, then it provides a different level of context."

Abbott attributes some of the daily spikes to batch testing at prisons and nursing homes, and even in some cases, data errors. For example, in Jefferson County, where some state and federal prisons are located, he said there is an average of 12 to 15 new cases daily.

"On (June 10) they had 537 people who tested positive. About 520 of those came from a batch of positive tests that had been aggregated of inmates in the Texas prison and federal prison system that all came back at once," Abbott said. "As opposed to having that spread out over a number of days, it elevated one single day from 12 to 15, way above 500."

Still, even if those cases were spread over the course of days, the number of new confirmed cases has been increasing every week for the last three weeks.

In Harris County, there's been a record 2,293 cases this week.

Nearly half of all Texas counties have reported at least one fatality. The state reported its first COVID-19-related death on March 17. Since then, there's been a total of 2,105 related deaths.