Boy still in hospital after suffering stroke in PE class 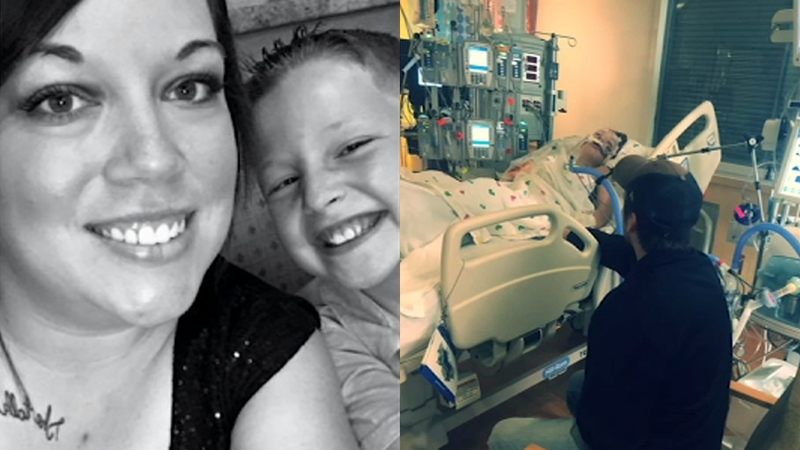 LIVINGSTON, Texas (KTRK) -- When 12-year-old Cameron Watson couldn't get up from the floor, it set off alarm bells for his physical education teacher.

"I said to Cameron, 'You need to get up off the floor, I don't want anybody to step on you,' and Cameron said, 'Well, Coach, I can't,'" said James Dunn, P.E. coach at Livingston Junior High.

The seventh grader was suffering from a serious medical emergency and was unable to move his own body. Dunn picked him up and helped him to the bleachers and then realized something else that just didn't seem right.

"I noticed that his balance wasn't correct," Dunn said.

It was those observations that sent Cameron to the school nurse, who realized the boy was in need of immediate medical attention.

"You don't know exactly what's going on in a situation, he was in very bad condition," said the school's principal, Jared Nettles.

Cameron's mother was in Houston at the time of the incident and described the scary phone call she received from the school.

"So, I asked to talk to him and he had this loud scream. It was horrible," said Jessica Self, Cameron's mother.

Doctors at a Livingston hospital initially suspected a brain aneurysm, but once Cameron was transferred to Texas Children's Hospital, those doctors determined he had suffered a stroke caused by a condition called "AVM" or Arteriovenous malformation.

The condition is rare and congenital. It occurs when irregular connections are made between arteries and veins, usually in the brain or spine.

Cameron has been hospitalized since Oct. 22. He's been heavily sedated, only waking up once, but was able to remember the incident.

"They had to cut the left side of his skull out because it was swelling so bad," Self said. "They did everything medically they could do."

It's still unclear how long Cameron will be in the hospital, but the family is thankful for any signs of progress he makes.

A GoFundMe account has been set up to help cover some of the medical expenses.

The family says they've received a lot of support from the community.

"It's so overwhelming. I'm so blessed. It's awesome. I can't wait to tell Cameron about the prayers and support," Self said. "Everyone has been great."