Deputies use taser on woman in wheelchair after argument 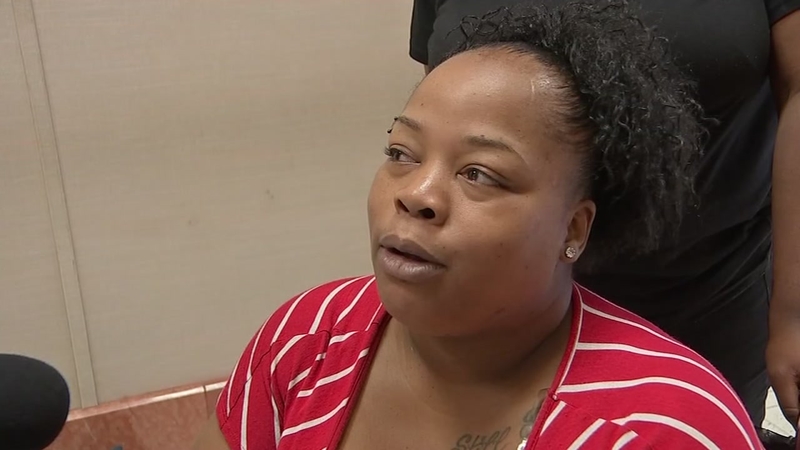 Woman hit with as Taser speaks

HARRIS COUNTY (KTRK) -- An internal affairs investigation is underway into whether deputies violated any policies during an incident -- caught on camera -- in which a woman in a wheelchair was shocked with a taser.

Sheketha Holman says she has consistently used a wheelchair ever since a lower back injury two years ago.

Last Wednesday, she confronted deputies from the Harris County Sheriff's Office during her daughter's arrest at a gas station. That confrontation was captured on surveillance camera. Eyewitness News has obtained the video.

It shows the 36-year-old woman being shocked twice with a taser, once when she was on the ground and already handcuffed. The use of force was preceded by a lengthy verbal back and forth on both sides.

"It's bad what happened to me and whatever, but I feel like once the word is out, then they won't be so quick to attack people like that," said Holman, who spoke exclusively to Eyewitness News.

Senior Deputy Thomas Gilliland confirms an Internal Affairs investigation has been launched, saying, "When the investigation is complete, if any policies and procedures were violated, then disciplinary actions will be implemented, which may be suspension and/or termination."

Investigators say she was taken to the hospital after the incident, then booked into jail on Thursday and bonded out at 1pm the next day.

But a HCSO spokesperson says Holman was never shocked while handcuffed.

"I feel like [the officers] used the law to abuse a disabled person who can't fight back. I think they should be punished."

We asked the Harris County Sheriff's Office about taser protocol. A spokesperson says a deputy can use a taser when he or she feels a person is out of control or not complying.