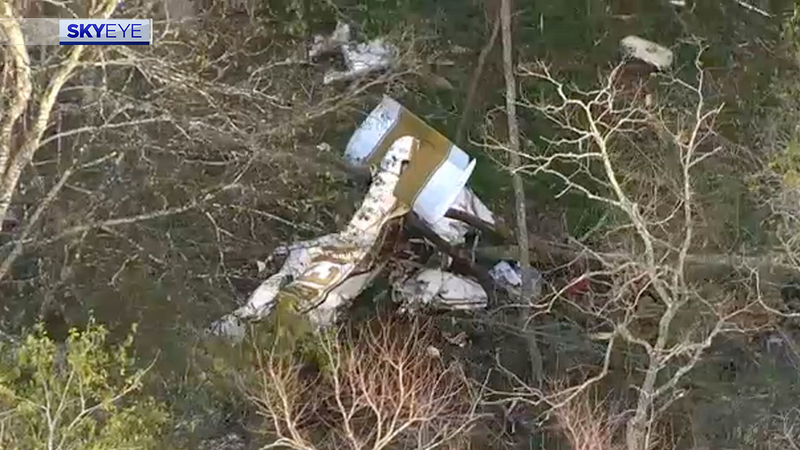 Plane's wreckage found after it went off radar night before, DPS says

HARRIS COUNTY, Texas (KTRK) -- A man and woman are believed to have been the passengers killed during a plane crash in west Harris County.

The downed plane was found wrecked and mangled in a wooded area on Thursday at about 1 p.m. The aircraft found appears to be the same one that officials said they lost contact with the night before.

Our deputies are assisting @TxDPSSoutheast with a plane crash in the 17400 block of Katy Freeway. The crash is located in a field south of the service road. No other information as this time. #hounews pic.twitter.com/xiQxAOxdbQ

DPS said Piper PA-28 Cherokee took off Wednesday night at 7:50 p.m. from West Houston Airport and was headed to Pearland. Radar lost the aircraft's signal at about 8 p.m., but don't believe it was a mayday.
After losing the signal, airport officials said they went out searching for the plane but had visibility issues due to thick fog.

@TxDPSSoutheast is at the scene of the plane crash on I-10, near the Harris Co. Precinct 5 Constables Office.

The plane is a Cessna.

The pilot and a passenger have been pronounced deceased.

FAA will be conducting the investigation.

At the scene, DPS said they found the man had been ejected from the plane and the woman was still in the plane. While authorities did not release much information on the man, they said the woman had pink toenails, long hair and rings on her hands.