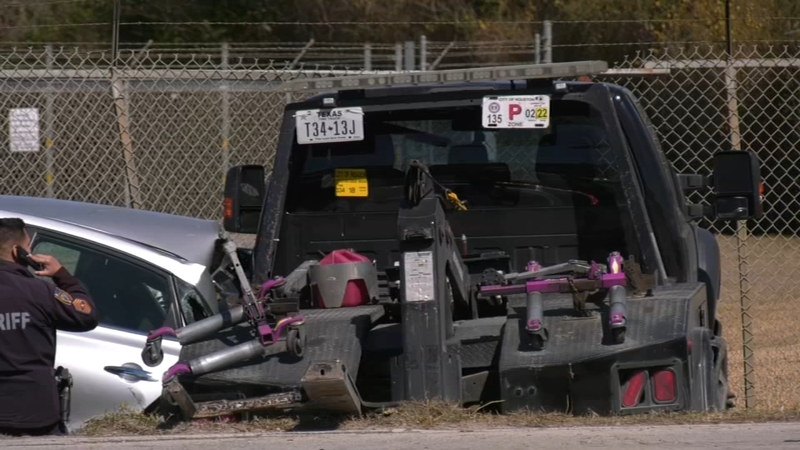 HOUSTON, Texas (KTRK) -- The tow truck driver accused of causing a crash that killed a 5-month-old in northwest Harris County has been charged with manslaughter and aggravated assault with serious bodily injury.

This comes just hours after a judge asked for more information before deciding whether there is probable cause for manslaughter and aggravated assault charges against the suspect, Jose Luna.

Jose Luna, the tow truck driver accused of causing the crash, went before a judge on Monday. The Harris County District Attorney's Office believed Luna was speeding before the crash and said there were no signs of him trying to use his brakes.

In his first court appearance, the judge said there was no information regarding how fast Luna was going and whether or not he hit the brakes before the crash.

But during Luna's second appearance, another judge charged him with manslaughter and aggravated assault causing serious bodily injury.

In court, the defense argued that there's no evidence the driver was going above the speed limit and asked for the bond to be set at $10,000 for each charge.

"Even if you go the speed limit, you can't kill them," the judge said. "It's funny the argument is there is no evidence he was driving at a high rate of speed, but his vehicle was totaled. It takes a lot to total a high-end truck."

The crash happened Sunday just after 10 a.m. in the 6600 block of Cunningham near West Little York Road. Police said a couple was in their Nissan Sedan with their 5-month-old son, when the tow truck slammed into them.