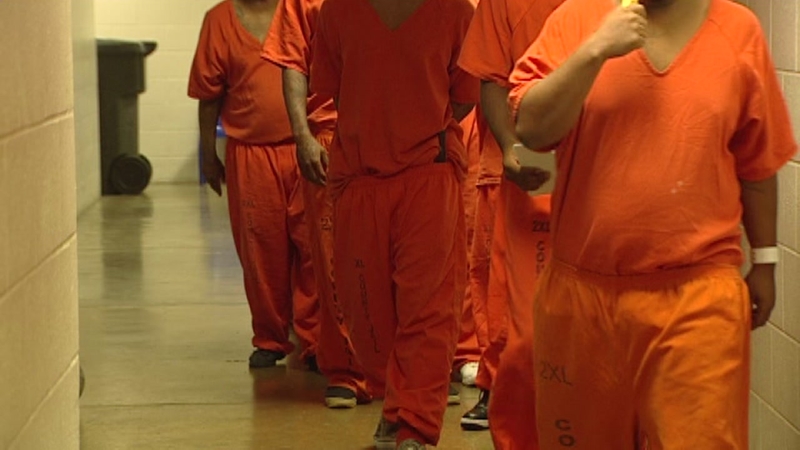 HOUSTON, Texas (KTRK) -- The Harris County Jail failed its annual inspection this week. The jail passed 21 of 23 standards, but was faulted for cleanliness and food violations.

The Texas Commission on Jail Standards inspects the facility at least annually. In its report released Friday, the Commission noted:


The report notes corrective actions were taken on both issues immediately, but will be checked in the future.

Another deficiency noted was that the smoke alarm system did not direct deputies to the correct areas during a drill. Contractors were called to fix it.

Harris County Sheriff Ed Gonzalez, who is in charge of the jail, said in a statement: "Our team is committed to bringing the jail back into full compliance in the very near future."

The Harris County Jail houses around 9,000 inmates every day. The inspection results will not affect its daily operation.