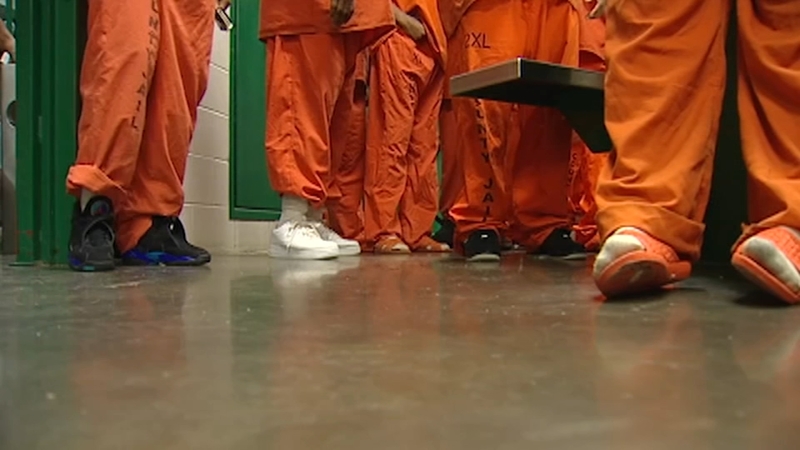 Investigation underway into outage that released more than 100 inmates

HARRIS COUNTY, Texas (KTRK) -- An investigation is underway into what caused an outage in a county database that forced more than 100 defendants to be released from custody last week.

Last Thursday night, Harris County Universal Services said they encountered an issue while upgrading their system. As a result, law enforcement lost access to a system necessary to file charges.

The "JWEB" system is used by the district attorney's office, sheriff's office, district clerk and magistrates.

"Unfortunately, we were not prewarned about any work being done to the system, which caused the outage," senior Deputy Thomas Gilliland with the Harris County Sheriff's Office said. "Harris County Universal Services was unable to provide a timely fix."

ABC13 obtained a list of the 118 defendants who were released during that time, because either they were not able to have a probable cause hearing in the amount of time required by law or their charges could not be filed. Those offenses ranged from DWIs, indecent exposure and racing. While they are mostly non-violent offenses, at least a dozen have criminal histories that include violent offenses.

In other cases, suspects were arrested and charged but not taken into custody. A warrant will be issued for their arrest. It is unclear exactly how many cases happened.

Harris County District Attorney Kim Ogg sent a letter to law enforcement dated March 29 saying, "This caused an immediate problem that grew ever more problematic for police and prosecutors and potentially more dangerous for the public with each passing hour."

She said that the processing center had about 250 prisoners in custody, at one point, that could not be processed, which caused a safety concern for staff.

"On March 24 at 7 p.m., during a planned network hardware change to improve system bandwidth, the network core stopped functioning. The restart process took approximately 45 minutes to troubleshoot and restore the network.

During this time, data remained secure, however, our customers lost the ability to access a very small percentage of databases.

County agencies rely on us to ensure that information technology systems are functioning properly, and we take seriously the impact this network outage has had on our customers. Our teams have been working 24/7 to ensure our customers regain access to their databases.

We are investigating the root cause of the outage and will take the necessary steps to ensure technical failures like this don't happen again. We also look forward to working with the justice community and law enforcement agencies to ensure we have systems in place that avoid a single point of failure."

ABC13 also reached out to Harris County Judge Lina Hidalgo's Office, who said they are still reviewing what happened.